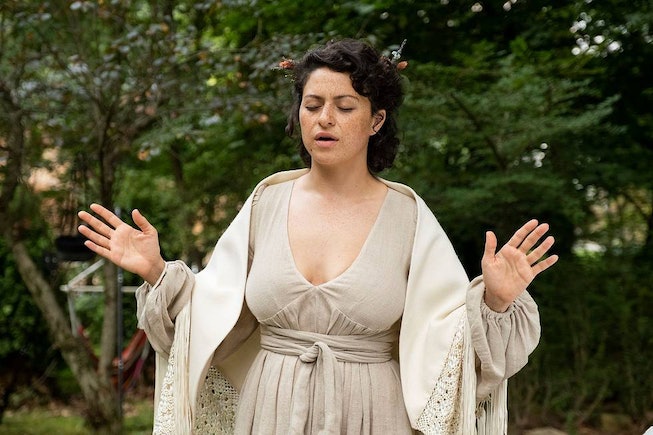 For the past half-decade, Search Party has slowly but surely risen the ranks to become one of television’s most talked-about comedies. Back in November 2016, the millennial satire premiered on TBS to great critical acclaim. But it wasn’t until several years later, when the series abandoned its cable network birthplace for a new streaming home at HBO Max, that Search Party really stepped into its own as the premiere juggernaut it was always destined to be. Now, six years after its debut, the bona fide hit is gearing up to release its fifth and final season in the new year.

Created by Sarah-Violet Bliss and Charles Rogers, Search Party started as a mystery about a group of self-obsessed millennials who inadvertently weasel themselves into the middle of another woman’s missing person’s case. But as the seasons have gone on, Search Party has proven itself quite malleable as the show has morphed to reinvent itself as a murder cover-up, a political satire, a court-case procedural, and most recently, as a Misery-like take on hostage horror.

According to a press release, the ten-episode fifth season, set to premiere in full on January 7, 2022, will continue this trend, with lead character Dory (Alia Shawkat) entering “a very public business partnership” with a “charismatic tech billionaire” played by Jeff Goldblum (a national treasure). Meanwhile, Dory will fold her old friends Portia (Meredith Hagner), Elliott (John Early), and Drew (John Reynolds) “into the venture as they embark on an altruistic but terrifying journey.” Whatever this means, I’m sure the ride will be one to remember.

Even better, however, is the freshly-revealed cast list for this final set of episodes. If season four’s impressive roster of guest stars (Oscar winner Susan Sarandon, Emmy winner Ann Dowd, Critics Choice winner Busy Phillips) established Search Party as thee place to look for truly jaw-dropping stunt castings, season five is only raising the bar higher. In addition to the return of Jeffery Self (as Marc, Elliott’s desperate husband) and Clare McNulty (as Chantal, the clueless girl whose “disappearance” started it all), Search Party is also welcoming several new stars, like Emmy winner Kathy Griffin and beloved director John Waters, into its already sprawling orbit.

Check out some first-look photos from Search Party’s fifth and final season below.

HBO Max will premiere season five of Search Party in full on January 7, 2022.