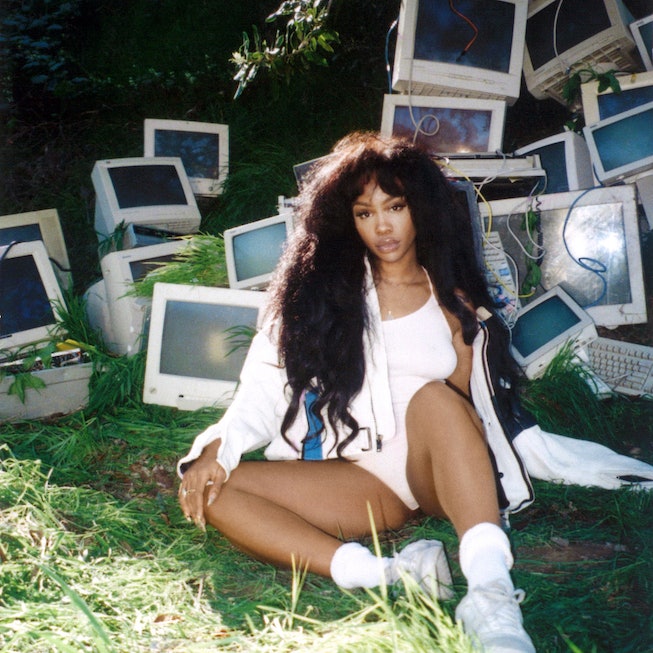 Every few days, my friends and I let out a collective sigh as we settle into the reality that, yes, more time has gone by without a new album from SZA. It’s been five years since she released her landmark debut, 2017’s Ctrl, and in the time since, the R&B singer has kept mostly quiet, only releasing a few one-off singles (“Hit Different” and “Good Days” from 2020 and “I Hate U” from 2021) and several high-profile collaborations (the Grammy-winning “Kiss Me More” with Doja Cat; the sexy “No Love” with Summer Walker and Cardi B). Still, there’s been no word on when we could expect a new album. And while that is still the case, after today, we can at least rest easy knowing that we have another full-ish body of work from the singer. This morning, SZA surprised fans with a deluxe version of Ctrl — and that is certainly cause to celebrate.

Released to commemorate the fifth anniversary of her Grammy-nominated debut, Ctrl (Deluxe) was first hinted at by SZA earlier this week. “Unreleased songs from 2017 to celebrate 5 .. me thinks,” she tweeted without any further context on Monday evening. Fans, naturally, went crazy in anticipation. And without fail, the new version of the classic album arrived on streaming services earlier today, complete with seven new tracks: “2AM,” “Miles,” “Percolator,” “Tread Carefully,” “Awkward,” “Jodie,” and an alternative version of her hit single “Love Galore.”

It’s certainly a great time for the Grammy winner to be celebrating. Over the weekend, Chart Data, the popular Twitter account for Billboard Hot 100 and Billboard 200 trends, announced that the singer’s Ctrl “has now spent 5 full years on the Billboard 200. It has never left the chart.” SZA quote-tweeted their announcement today, adding, “Thank y’all and thank GOD .”

To note, all seven songs are old, recorded at the same time the singer was making the other songs that eventually would find a permanent home on Ctrl. “Everything made in 2014-2016 /17…,” SZA tweeted about the new release this morning, ensuring that no one got confused about what this music was or when it was made. “not new lol to be absolutely clear .”

“This is JUST a gift for camp ctrl . Nothing more nothing less,” she continued in another tweet this afternoon. “if u family you get it . 5 yrs is a long time . Thank you for changing my life I love you . Happy anniversary #HAPPYCTRLANNIVERSARY”

And best of all? This might not even be the end of SZA’s blessings. “What isn’t on deluxe maybe on Soundcloud as well tomorrow?” she said in another tweet. “Spring cleaning old thoughts .”

Well, she can trust that I will be refreshing her Soundcloud over and over come tomorrow.