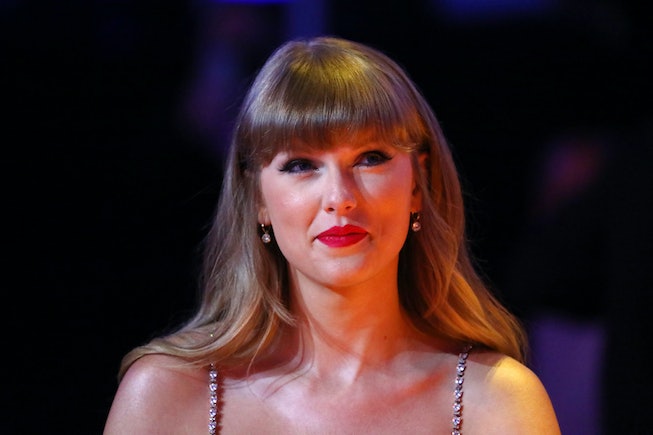 Taylor Swift is kicking off the week on a new platform. She just joined TikTok and posted her first video, promoting her latest music release.

“Lots going on at the moment: Red (my version) vinyl is up for pre-sale on my site,” Swift captioned the video.

Last year, Swift embarked on a very public battle with music-executive Scooter Braun, over the ownership of her first six albums. The singer reportedly signed over the rights to her music at 15, when she got her first record deal. At the time there was no way to predict its potential value — or her eventual stardom — but it’s now worth an estimated 300 million.

Swift’s been unable to obtain the rights to her original music, so she’s been re-recording her albums and releasing them herself, often with added collaborators or extra-long versions of the original tracks. So far, she’s re-released Fearless, and heartbreaker-banger album Red is next.

Recently, Swift posted a cryptic message about the Red release that sent fans into overdrive trying to decode all the clues. They determined that Phoebe Bridgers will feature on the album, along with Chris Stapleton, Ed Sheeran (as on the original with “Everything Has Changed”) and a 10-minute version of fan-favorite ballad “All Too Well.”

Of the songs, Swift tweeted, “We’ll also be making a bunch of new ones too, since Red (Taylor’s Version) includes so many songs you haven’t heard yet. Till then, I’ll be counting down and picturing it all in my head. In burning red.”

The new version of Red is set to drop on November 19. And though she’s only posted one TikTok so far, the singer definitely plans to hang around. “I’m on TikTok now, let the games begin,” she continued, referencing her Reputation track “...Ready For It?”

Check out Swift’s TikTok video below: