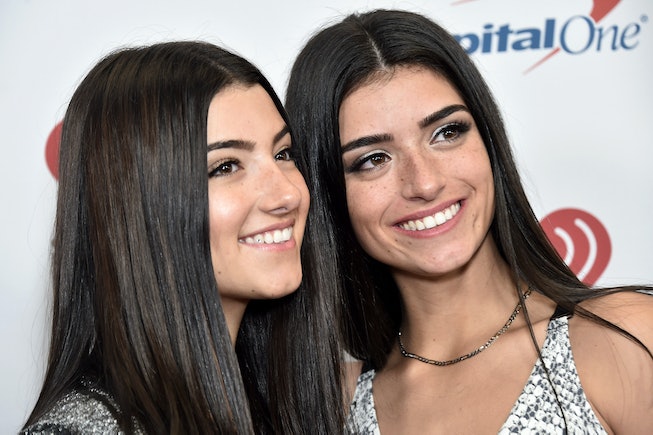 The content machine never sleeps. The D'Amelio family, made famous by teen daughters Charli and Dixie and their wildly popular TikTok accounts, will officially have their own reality show on Hulu, according to The Hollywood Reporter. The D'Amelio Show follows the sisters and their parents, Marc and Heidi, as they navigate their swift rise to fame.

"We are excited to be joining the Hulu family with a unique behind the scenes look into our life," Marc D'Amelio told THR. "We've always been a very close family, but this experience has brought us even closer and we're really excited to share a glimpse of our lives with the world. Many people create impressions of us based off of short content, a few minutes or even seconds. But now, we're looking forward to sharing a side that you likely don’t get to see on our social channels."

The eight-episode docuseries will debut on Hulu sometime in 2021. It's another major deal for the streaming platform, which also announced this month a multi-year "global content" deal with the Kardashian-Jenners and Disney.

The D'Amelio family has had a wild ride of a year, with 16-year-old Charli becoming the first person to reach 100 million followers on TikTok after joining the app in the spring of 2019. 19-year-old Dixie has had similar success, and fans of the dancing teens embraced their parents as well. The show will give fans a look into the family's life as they move cross-country from Connecticut to Los Angeles to pursue careers in entertainment, and promises to document the ups and downs that come along with fame — from online criticism to making new friends.

"Two years ago Charli and Dixie D’Amelio were virtually unknown outside of their town, and now have over 100 million fans who tune in daily for their every move," Belisa Balaban, VP of Documentaries at Hulu said. "Every teen on social media dreams of becoming famous, but what happens when the reality hits? The D’Amelio Show joins our growing slate of docuseries about the human experience and we’re incredibly excited to partner with the D’Amelio family to offer viewers an authentic look at the complicated lives of these two relatable young women thrust to the top of the social media algorithm."