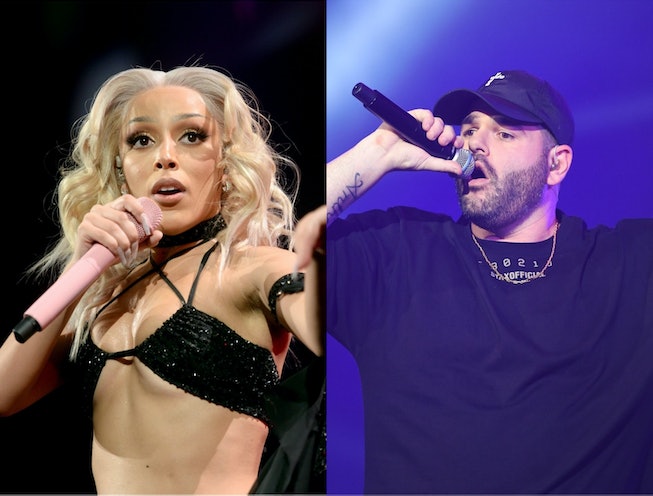 If there’s one thing 2021 proved, it’s that TikTok’s iron-handed grip on steering the current of pop culture is as strong as ever. It’s obvious by now that the app has resoundingly changed the way musicians and record labels now market and roll out new music, but to witness its cachet play out in real life was still a trip. Consider the stratospheric rises of Olivia Rodrigo, Måneskin, or even the Australian rapper Masked Wolf — would all three artists have had the same trajectory without TikTok’s help? I guess we’ll never know.

Now, TikTok has unveiled its official annual internal music report for the past year, laying out just how vastly the app has influenced the industry. The newly released data takes stock of any and all sound-related metrics one could imagine, from top artists on the platform to top “oldies” songs that resurfaced over the last year. Most importantly, though, they’ve revealed the top 20 songs that ruled the app in 2021 globally and in the U.S.

If you’ve been on TikTok at all this year, it’s a list you’ll likely be familiar with. Mainstays on the app, Cardi B and Megan Thee Stallion (for “Up,” and “Cognac Queen,” respectively) close out the top 10. Erica Banks’ “Buss It,” which soundtracked millions of twerks this year, slides in at number seven, while Justin Bieber and The Kid Laroi’s deliriously catchy “Stay” lands at number five. Perhaps most surprising, though, is Masked Wolf’s ubiquitous and runaway hit, “Astronaut In The Ocean” coming in as the app’s global number one song; given that its opening lyrics — “Whatchu know about rolling down in the deep?” — have at this point become a globally recognizable meme, it tracks. See TikTok’s full top 20 global songs below.

For its U.S.-centric list, the ranking changes substantially with more rap,, hip-hop, and pop acts taking the top slots. Popp Hunna’s “Aderall (Corvette Corvette) replaces “Astronaut In the Ocean” as the number one song — with LPB Poody’s “Batman,” Kayla Nicole’s “Bundles,” Doja Cat and SZA’s “Kiss Me More,” and Coi Leray’s “TWINNEM” rounding out the top 5. Olivia Rodrigo’s “drivers license” also ekes its way onto the list at number 10. See TikTok’s top 20 tracks of 2021 in the U.S. below.

For many in the world, 2021 was also a year of looking, and listening, back. Among the “oldies” tracks that resurfaced this year, Boney M.’s “Rasputin (7” Version)”; Van McCoy’s “The Hustle”; and Billy Joel’s “Zanzibar” were TikTok’s top trending songs. Meanwhile, Destiny’s Child “Bills, Bills, Bills,” Kid Cudi’s “Day ‘n’ Nite,” and Reba McEntire’s “I’m A Survivor” are a few notable entries in the app’s top trending “comeback” songs — tracks released between five and 25 years ago.