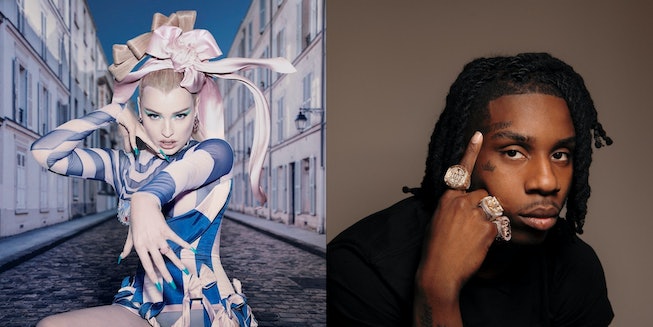 With a star-studded list of performers already locked in, the 2021 VMAs is hoping to keep the momentum going with an equally stacked Pre-Show line-up. Cult pop singer Kim Petras, rapper Polo G, and dance trio Swedish House Mafia are confirmed to perform at the 2021 VMAs Pre-Show stage on September 12 at 6:30 p.m. ET/PT on MTV.

It will be all three acts’ debut performance on the VMAs stage. Per a press release, Petras will debut “Future Starts Now,” her latest and first single released on Republic Records. Polo G, who’s nominated in two VMA categories this year including Best New Artist, is set to perform his massive hit “Rapstar.” And most notably, Swedish House Mafia, which reunited in July 2021 after an eight-year-long hiatus, will be performing a medley of their hits “Lifetime” and “It Gets Better.”

The Pre-Show will be hosted by MTV’s Nessa Diab, actress Jamila Mustafa, and Tinashe, who will serve as the night’s special celebrity correspondent. Besides MTV, fans will also be able to catch the 90-minute Pre-Show on MTV’s Twitter starting 6:15pm ET.

The VMAs has also revealed the kickoff dates for the fan-voted Social Categories. Starting Saturday, September 4, fans will be able to vote for Group of the Year in bracket-style voting via MTV’s Instagram story. Contenders this year include BLACKPINK, BTS, CNCO, Foo Fighters, Jonas Brothers, Maroon 5, Silk Sonic, and twenty one pilots.

The 2021 VMAs will take place on September 12 at Brooklyn’s Barclays Center for the first time since 2013 with Doja Cat as its host. Olivia Rodrigo, Kacey Musgraves, Machine Gun Kelly, Lorde and Justin Bieber, and many more artists have already been confirmed to perform at the ceremony. See this year’s full list of nominees here.