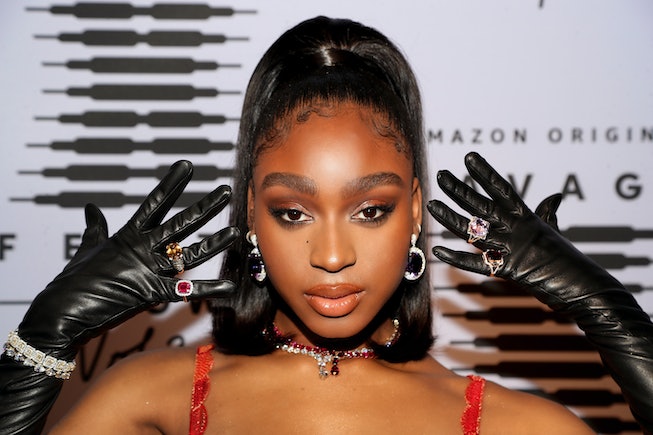 MTV’s Video Music Awards will return this fall in person in New York City, and the infamous awards show’s lineup is stacked. Doja Cat will be both performing and hosting the ceremony, which will broadcast out of New York City’s Barclays Center for the first time since 2013. In addition to artists including Olivia Rodrigo, Lorde and Machine Gun Kelly, Kacey Musgraves will take to the stage to perform the title song from her new album, Star-Crossed, ushering in Sad Girl Fall for the uninitiated.

Normani will also perform her 2021 hit with Cardi B, “Wild Side.” She took to Twitter on September 9, the day of the announcement, writing, “[I] don’t know where to start with you guys. you’re my heart and soul and have always stuck by me through all the fucking adversities. first shall be the last and the last shall be the first.”

VMAs mainstay Justin Bieber will also take to the stage for the first time since 2015, when he broke down in tears after making a career comeback with a performance of “What Do You Mean?” Bieber leads this year’s list of nominees with seven nominations, followed closely by Megan Thee Stallion (six), and Billie Eilish, BTS, Doja Cat, Drake, Giveon, Lil Nas X and Olivia Rodrigo clocking in with five nods each.

Fans can vote for their favorites across 14 gender-neutral categories, including Video of the Year, Artist of the Year, Best Collaboration and more through Friday, September 3, 2021. Nominations for social categories including Best Group and Song of Summer will be announced at a later date.

Given that the VMAs will take place the day after the 20th anniversary of the 9/11 attacks, MTV will be partnering with 9/11 Day, the nonprofit that began and leads the federally recognized Sept. 11 National Day of Service and Remembrance, for a series of activities during the week leading up to the VMAs.

Here’s everything we know about the 2021 VMAS:

Where will the VMAs take place?

The ceremony will take place on September 12, 2021 at Brooklyn’s Barclay’s Center, for the first time since 2013. (Last year’s show took place virtually due to the pandemic.)

Where can I watch the VMAs?

In addition to the in-person event, the MTV VMAs livestream will be available on CMT, Comedy Central, Logo, MTV2, Nickelodeon, Paramount Network, Pop, TV Land, VH1, and The CW Network at 8pm ET.

Who will perform at the VMAs?

MTV has announced two sets of performers for the awards ceremony, and the lineup is stacked. This year brings a mix of pop, hip hop, and rock performances:

Olivia Rodrigo will make her VMA stage debut, with songs from her record-breaking album Sour. She’s currently nominated for five awards including, Artist of the Year, and Song of the Year.

Kacey Musgraves will perform “Star-Crossed” from her forthcoming album, due out September 10.

Machine Gun Kelly is also making his VMA debut, with a performance of his new single “Papercuts,” from the upcoming album Born with Horns. Kelly is nominated again for the Best Alternative musician, which he won last year.

Lil Nas X will heat things up after a year of wonderfully controversial performances. At the 2020 VMA’s the Montero rapper danced to his track, “Panini.” Lil Nas is also up for the highly-coveted Video of the Year award.

Lorde will return to the VMAs stage for the first time since 2017 with music from her new album, Solar Power.

Chlöe, of powerhouse sister duo Chloe x Halle, will make her solo VMAs debut with the performance of her first single, “Have Mercy,” from her upcoming solo album.

The one and only Doja Cat will will return to the VMAs stage (after her 2020 mashup of mega hits “Say So” and “Like That”). She’s up for five awards this year, including Artist of the Year.

Who will host the VMAs?

Doja Cat is the show’s confirmed host. “Wowowowowowow” she captioned a post about the announcement. Given her offbeat sense of humor and love of shitposting, it’s sure to be an interesting evening.

Who was nominated for a VMA this year?

VIDEO OF THE YEAR

The Weeknd – “Save Your Tears” – XO / Republic Records

ARTIST OF THE YEAR

SONG OF THE YEAR

Giveon – Epic Records / Not So Fast

PUSH PERFORMANCE OF THE YEAR

Evanescence – “Use My Voice” – BMG

The Killers – “My Own Soul's Warning” – Island

twenty one pilots – “Shy Away” – Fueled By Ramen

Black Eyed Peas and Shakira – “GIRL LIKE ME” – Epic Records