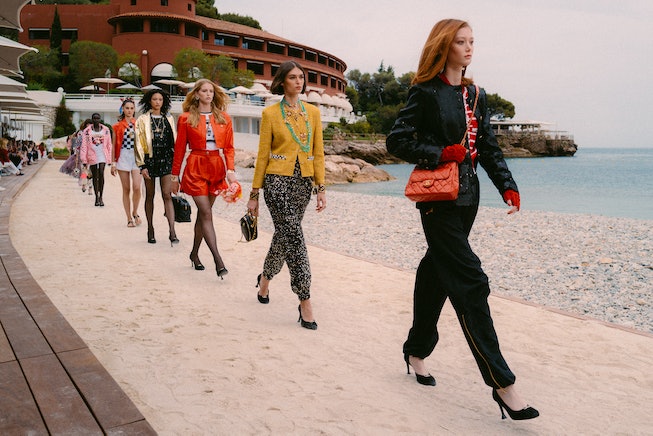 Though our minds are set on the upcoming fashion month season that’s rapidly approaching, Chanel has plans to do double-duty with its runway shows. Following its most recent couture presentation for Fall 2022 in July and its upcoming Spring 2023 collection debut at Paris Fashion Week event set for October, Chanel just announced on Thursday, that it will showcase its Cruise 2023 collection (again) in Miami in November.

The French fashion house’s Florida-based show will take place on Thursday, Nov. 3, just in time for the new collection to hit stores around the same time. First unveiled back in May at the Monte-Carlo Beach Hotel, the Cruise 2023 show featured designs inspired by the French Riviera city in Monaco, auto racing uniforms, and all things tenniscore.

Chanel returns to the Magic City for the first time in 14 years, when the late Karl Lagerfield presented his Cruise 2009 collection at the Raleigh Hotel on Miami Beach. Plus, the luxury brand also opened up a new boutique in December 2021 right in the heart of the city’s fashion-forward Design District. It’s no surprise that Chanel has an affinity for hosting runway shows in far-flung destinations — its next Métiers d’Art collection will debut in Dakar, Senegal, in December — but it’s exciting to know when one of those chosen cities is actually stateside.