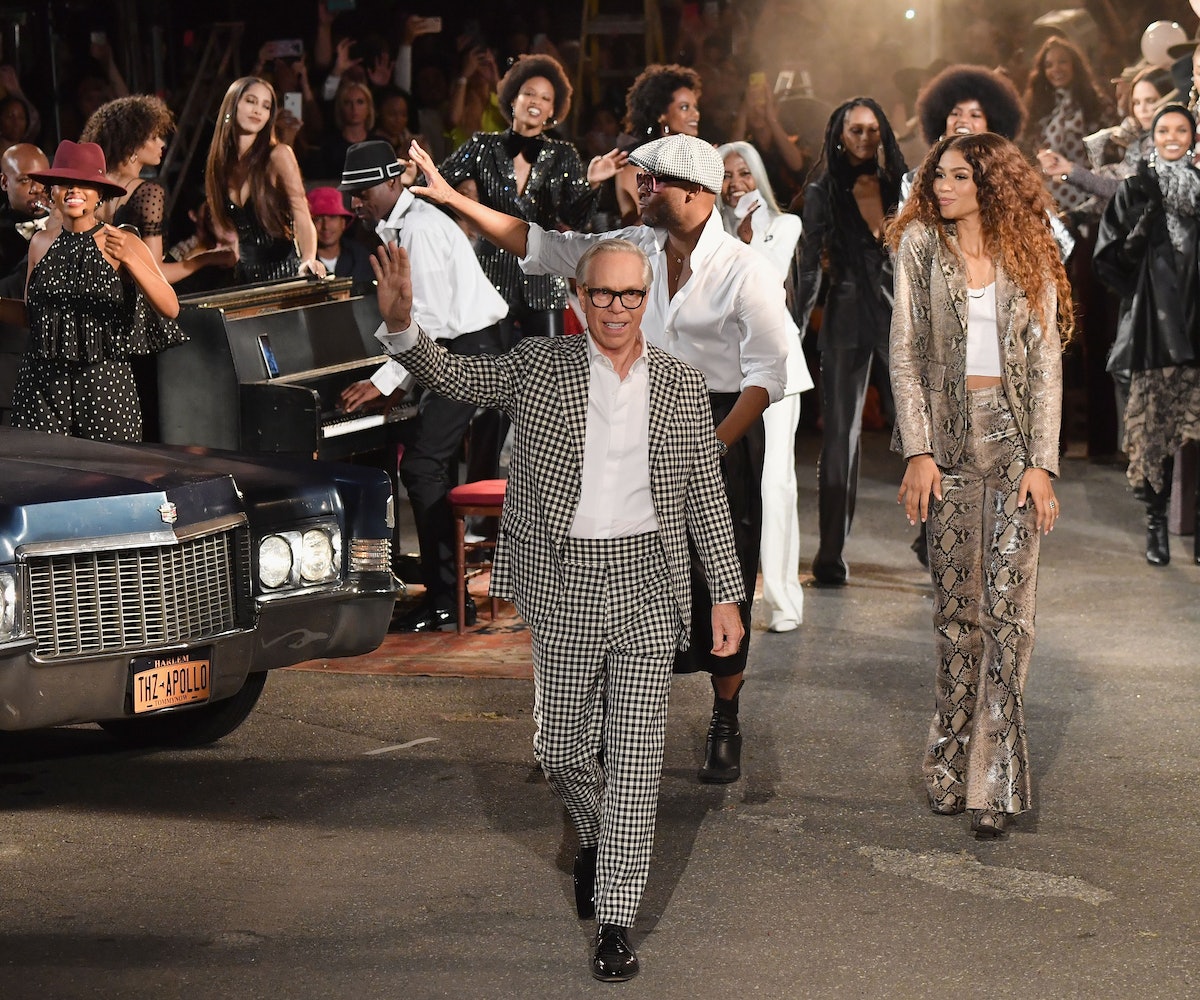 Editor’s Note: This post has been updated from its original version to include more events coming from New York Fashion Week.

Before we know it, fashion month will be here yet again. The major event, taking place across New York, London, Milan, and Paris from September 9 to October 4, will welcome the street style crowd for its Spring 2023 shows. In addition to the latest collections that will be hitting our social feeds, chances are we’ll also witness surprise celebrity appearances, a few coveted collaboration reveals, and some designers making their anticipated return to (or debut on) the runway.

While full schedules for each fashion week have yet to be revealed, each city is already gearing up enough hype to hold us over until September. From Tommy Hilfiger’s return to New York Fashion Week to Diesel hosting an open-to-the-public show in Milan, check out everything we know so far about Fashion Month Spring 2023, which we’ll be updating regularly as we learn more.

What To Expect At New York Fashion Week Spring 2023

New York Fashion Week will take place from Friday, September 9 through Wednesday, September 14, 2022. After hosting digital-only shows and bringing back in-person events in 2021, the weeklong event has been slowly on the rise again, showcasing exciting designers and indie brands to make up for the lack of marquee names that used to regularly show on the calendar. (Marc Jacobs, for example, now holds intimate presentations on his own timeline, most recently showing in June.)

After a three-year hiatus, Tommy Hilfiger is returning to New York Fashion Week. On Sunday, Sept. 11, at 7 p.m. in Brooklyn, the designer will debut his see-now, buy-now Fall 2022 collection with a live runway show and interactive online experience. Plus, Puma is planning to debut “Futrograde,” an immersive runway show set to debut on Tuesday, Sept. 13, at 9 p.m., following its appearance at NYFW back in 2017, when Rihanna presented her Fenty x Puma line. The global sportswear brand will feature its men’s and women’s collections, upcoming collaborations, and have special appearances from its family of athletes and celebrities. (Fingers crossed one of the famous names is Dua Lipa.)

In a recent announcement on Tuesday, July 26, COS will be joining the NYFW calendar for its Fall 2022 collection and campaign, as well, in September. The retailer and brand, which also made its debut at London Fashion Week in 2021, will show on Tuesday, Sept. 13, at 2 p.m.

A new venue is also in the running to be a regular stop among showgoers during NYFW. Live Rocket Studios, based at the Seaport, is offering designers a free location for their runway events and after-parties; Public School, Theophilio, and more are already on board, according to WWD.

VFiles is also set to host a 3-day pop-up with the UK-based Jaded London. The brand — which counts the likes of Hailey Bieber, Kaia Gerber, and Kylie Jenner as fans — will celebrate its first foray into NYFW with signature pieces from its collection, as well as an in-store only exclusive collection in collaboration with VFiles titled “Home and Away” that takes inspiration from British retro soccer-style.

In an interview with Vogue Business, Marni creative director Francesco Risso revealed that he will be showcasing the Milan-based brand’s Spring 2023 collection on Saturday, Sept. 10, at 9 p.m. The event will be the first stop of Marni’s international tour, in order to better reach its global audience. Another Italian fashion house, Fendi, will also be joining the NYFW calendar, as well. In an Instagram post on July 16, the brand announced that a one-off show will take place on Friday, Sept 9, to celebrate the 25th anniversary of its beloved Baguette bag and two years since Kim Jones took on the creative director role.

On Thursday, July 28, the CFDA revealed its first preliminary schedule of NYFW Spring 2023, boasting up to 109 designers showcasing their latest collections. The week will open with Proenza Schouler and close with Tom Ford, while a few favorite names, like Sandy Liang and Area, will return with a runway show time slot. First-time brands to the official calendar include Tia Adeola, AnOnlyChild (Public School’s Maxwell Osborne own brand), ASHLYN (an LVMH Prize 2022 finalist), and bespoke label ONE/OF by Patricia Voto, as well as Los Angeles-based Midnight Studios and Foo and Foo.

In celebration of Vogue’s 130th anniversary, the major fashion publication will be hosting its very own editorial-inspired runway show, as well as a “street fair” for in-person attendees, which will have Vogue-curated newsstands and limited-edition items for purchase. (Fashion’s Night Out flashbacks from the early aughts come to mind.) The show will take place on Monday, Sept. 12, and will feature Fall 2022 designs from Balenciaga, Dior, Gucci, Valentino, Burberry, Coach, Brother Vellies, Bode, Christopher John Rogers, Collina Strada, Ralph Lauren, Tory Burch, and more.

You can view the full NYFW Spring 2023 schedule here, with more updates to come.

What To Expect At London Fashion Week Spring 2023

London Fashion Week will present its Spring 2023 collections from September 16 to 20, with Raf Simons showcasing on the very first night at 8 p.m., marking the first time the designer has hosted a show in the British capital.

"It’s been a dream for a while to show in London — a city where fashion and creativity is omnipresent in the streets, and where I see exceptional people with a strong unique style,” said Simons in an official statement. “I’m extremely excited that this dream is becoming a reality now, and I’m very happy to welcome the amazing people and faces that make up the London scene to my show. Can’t wait to see you and dance the night away.”

In addition, a few other big names will join Simons at London Fashion Week, reports WWD. Following an off-schedule in-person show in March (its first after digital-only presentations for two years), Burberry returns to the fashion calendar on Saturday, Sept. 17 at 6 p.m., followed by another comeback from JW Anderson at 8 p.m., who recently showed in Milan in February.

What To Expect At Milan Fashion Week Spring 2023

Milan Fashion Week will take place from September 20 to 26 for its Spring 2023 season. While there’s plenty to look forward to from last season — Gucci’s return to the week and Matthieu Blazy’s first collection as Bottega Veneta’s new creative director were highlights — Diesel is also a big name to watch in the Italian fashion capital. After Glenn Martens’ highly anticipated (and very well-received) debut at Diesel in February, his next runway show will be open to the public, taking place on Wednesday, Sept. 21, at 12:30 p.m. Online registration for interested attendees will open on Sept. 1 via Diesel’s website.

What To Expect At Paris Fashion Week Spring 2023

Though not much has been said regarding Paris Fashion Week, which is set to take place from September 26 to October 4, WWD reports that Victoria Beckham will officially present her namesake brand’s Spring 2023 collection that week. Her runway show follows an off-calendar presentation in Paris back in March, as well as previous stints in London and New York. Other anticipated debuts include Zimmermann, A.W.A.K.E. Mode, and up-and-coming brand Weinsanto.

We’ll continue to update this post as more announcements are made.

This article was originally published on July 26, 2022