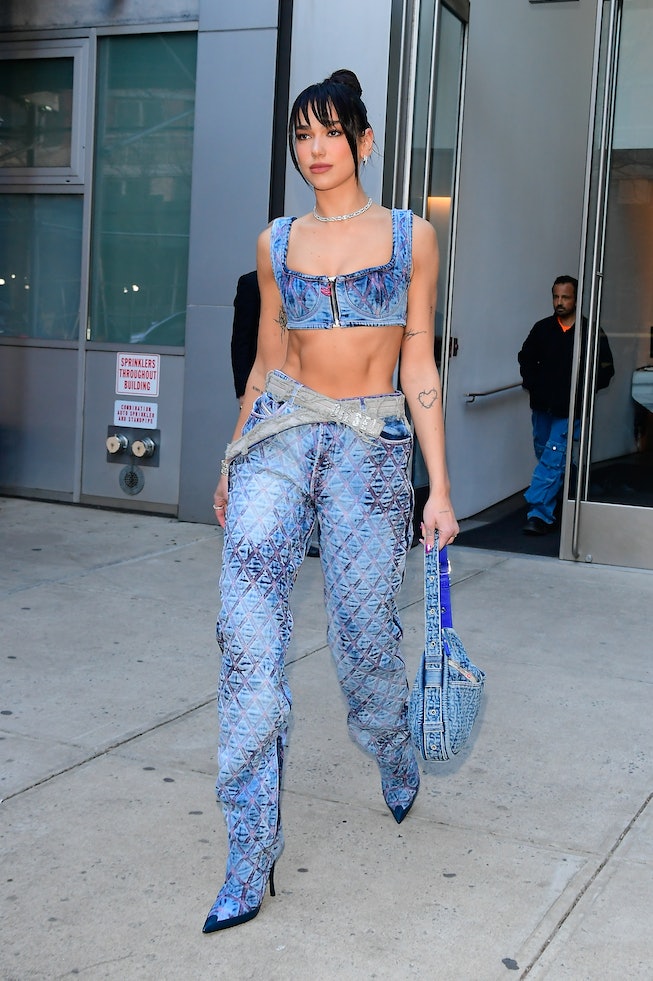 2022 is flying by, and the past few months seem to have already locked in some of fashion’s biggest players at the moment. Italian fashion label Diesel has quickly become a celebrity favorite and one of the world’s hottest brands right now, according to Lyst.

The global fashion shopping platform just released its first quarterly report of the year on Wednesday, April 27, and Diesel marks the fastest rising brand so far in just three months. This is its first time entering Lyst’s index report, climbing a total of 31 spots to reach its current 15th position. The last brand to jump so far and so fast was Off-White back in 2017.

This comes as no surprise for industry fanatics, however, as Diesel’s hit runway collection from newly appointed creative director Glenn Martens at Milan Fashion Week Fall 2022 back in February has since become a cult favorite. Martens’ collection featured trendy Y2K-inspired silhouettes and coveted denim pieces, from low-rise jeans and belted micro-mini skirts to floor-sweeping denim “fur” coats and so much more.

Celebrities were quick to cop the looks straight off the catwalk shortly after its unveiling, with style stars Megan Thee Stallion, Dua Lipa, Julia Fox, Kylie Jenner, and more sporting head-to-toe Diesel looks. The brand’s 1956 jeans have also ranked as one of Lyst’s hottest products of the quarter for womenswear, ranking high in 10th place.

Lyst’s top 20 sought-after brands for the first quarter of 2022 also include Bottega Veneta, with creative director Matthieu Blazy also showcasing his debut collection for the fashion house at Milan Fashion Week, as well as Miu Miu for its viral micro-mini skirts. The garment has completely taken over both our feeds and wardrobes, causing a 400-percent increase in the Lyst’s searches for the brand in just three months alone.

Other brands that remain at the top include none other than Balenciaga, taking on the crown as the world’s number-one hottest brand for the third time in a row. Maybe Kim Kardashian’s buzzy Balenciaga ‘fits had an effect on its top spot, as the fashion house reached an increased demand of 108 percent this quarter.

Check out Lyst’s top 10 list of the most sought-after brands so far, below:

Head over to Lyst’s website to read the latest report in full now.

NEXT UP
Culture
The Cutest Couples At The 2023 Grammys
Fashion
Jenna Ortega Is The Face Of Adidas’ Newest Line
Fashion
The Wildest Front-Row Looks From Couture Week In Paris
Fashion
Collina Strada & Vans Team Up For A Chiller-Friendly Collection
Style + Culture, delivered straight to your inbox.