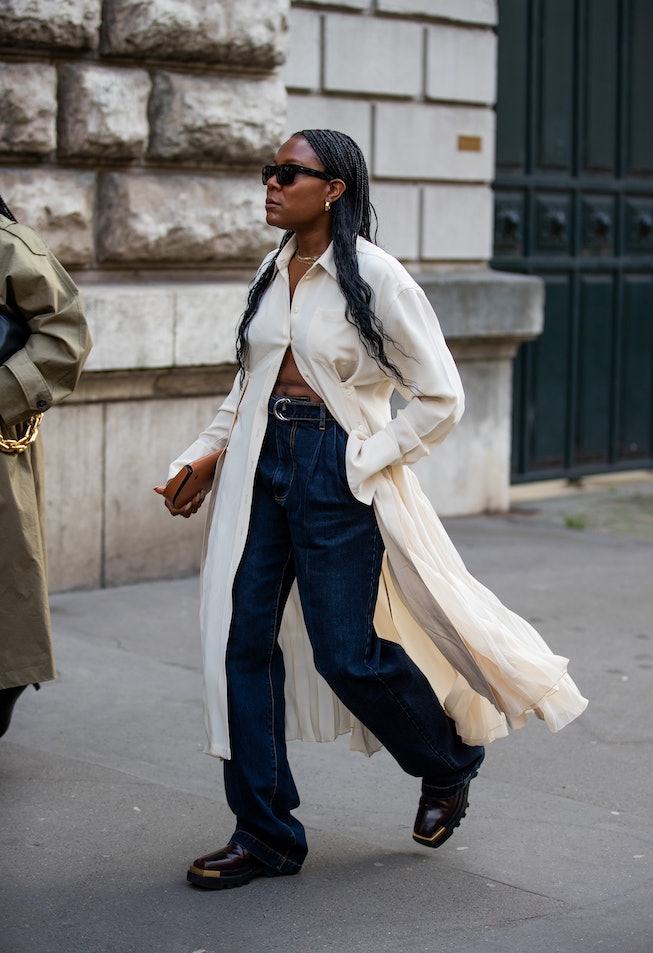 After yet another successful fashion month, we were not only treated to memorable runway collections and front-row looks from our favorite celebs, but the street style was setting trends (or rather bringing one back), too.

This time around, the fashion girlies have jumped back on the controversial dress-over-pants combo. Over the years, the polarizing pairing has been spotted on the red carpet by our favorite celebs throughout the early aughts, and most recently, we’ve seen the look make its way on the catwalks, as well.

Though it seems unconventional and intimidating to wear out at first, the layered look is actually a lot easier to attempt than it appears. In the past few weeks during fashion month, the street style crowd wore long midi dresses with denim jeans, knitted versions with pantsuits, and even experimented the comeback styling trick with mini silhouettes. Ahead of the trend last year, Blackpink’s Rosé was even captured wearing a floral dress from Reformation and wide-leg denim pants.

If you’re planning to wear the early-2000s trend in the coming weeks, especially during the in-between winter-to-spring season, see how the street style crowd wore the dress-over-pants look during Fashion Month Fall 2022, ahead.

NEXT UP
Fashion
Whimsigoth Is The Witchy Aesthetic Hexing The Internet
Fashion
The Powerpuff Girls Have Their Own Fashion Collection Out
Fashion
FAMU’s Marching 100 Performed At Louis Vuitton Men’s Spring 2023 Show
Fashion
How To Style The Mini Skirt In 2022, According To Celebrities