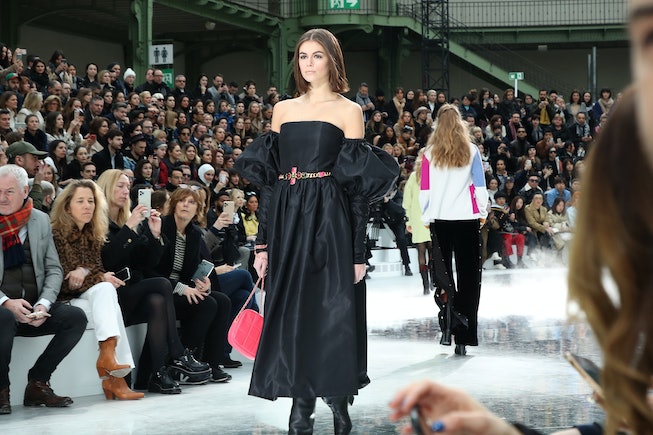 Fashion Month is quickly approaching, which means designers and fashion institutions are finally announcing their plans on how they'll move ahead with presentations and shows. Since the beginning of the COVID pandemic, fashion's governing bodies have scrambled to figure out how to keep fashion weeks alive, with some opting for digital-only events while others maintained in-person shows with little-to-no audience.

It's been almost a full year since the beginning of lockdowns in Europe and America, giving the industry some time to adapt to the ever-evolving changes with the pandemic. Some designers, like Tom Ford and Jeremy Scott, had already decided to eschew the fashion calendar as of last year. Now, ahead of Fashion Month for Fall 2021, even more brands and institutions are announcing new plans, including skipping traditional, longtime calendar spots, dropping out of the calendar entirely, and renaming its fashion week altogether.

Below, find out how each major fashion week — New York, London, Milan, and Paris — plans to tackle the Fall 2021 season.

What To Expect At New York Fashion Week Fall 2021

Last week, chairman of the CFDA Tom Ford announced that New York Fashion Week was adopting the American Collections Calendar, catering to the wave of designers opting out of showing during the typical fashion week calendar or choosing to present outside of New York.

Christopher John Rogers, coming off a publicized wave of success for dressing Vice President Kamala Harris during the presidential inauguration, told WSJ that he plans to show his next collection in June.

"The people who are attracted to the brand will continue to pay attention when it’s time for us to release our next body of work," he told the publication.

Though, the calendar is still missing some marquee names this season, including Marc Jacobs, Michael Kors, Tory Burch, Ralph Lauren, Brandon Maxwell, and Pyer Moss. The Row is already ahead of the game and debuted its Fall 2021 collection at the end of January. Vogue mentions that the luxury brand, run by Mary-Kate and Ashley Olsen, will start showing their new men's and women's collections together in January and June moving forward.

What To Expect At London Fashion Week Fall 2021

In January, the British Fashion Council published its plan to move ahead with London Fashion Week as a digital-only event, inviting both men's and women's designers to participate. Designers will still be allowed to put on live shows or shoot lookbooks with models, but under strict safety guidelines and with no live audience.

Expect Burberry to make an appearance during London Fashion Week, as the British heritage brand plans to digitally unveil its Fall 2021 men's collection, according to WWD. It is unconfirmed whether women's wear will also debut during the week.

"Despite all the challenges the last few years have brought, I truly believe that the creativity, agility and business savvy of our sector will prevail and the societal conscious of our British businesses and fashion workforce will see us re-calibrate to not only be strong creatively but strong sustainably too," BFC Chief Executive Caroline Rush said in an official statement.

What To Expect At Milan Fashion Week Fall 2021

On Thursday, one of Milan Fashion Week's biggest draws revealed that it will not be showing during the Milan schedule. Instead, Versace announced that it will present its coed collection on March 5, which overlaps with Paris Fashion Week, in a digital format.

"The decision to present the Fall 2021 collection a few days after the Milan Fashion Week doesn’t affect the fact that Versace remains a proud member of Camera della Moda and that the brand will always be a key player and a big supporter of the Italian fashion system," Donatella Versace said in official statement to WWD. "Fashion is an art and sometimes it has to work outside the usual path to fully blossom."

Gucci and Bottega Veneta will also be unveiling their Fall 2021 collections outside of the official Milan dates from Feb. 27 to March 1, though, no official dates have been confirmed.

What To Expect At Paris Fashion Week Fall 2021

Being the last week on the fashion calendar means that the Fédération de la Haute Couture et de la Mode had a bit of extra time to officially announce its plans for Fashion Month Fall 2021. While marquee names like Chanel, Louis Vuitton, Balmain, and Givenchy remain on schedule, Kering's Saint Laurent, Balenciaga, and Alexander McQueen have announced that they will not be showing during the scheduled fashion week dates. No other official news has come out of Paris, but the city appeared to be bustling during last month's Couture Week, drawing models and celebrities like Kate Moss, Naomi Campbell, Bella Hadid, and Demi Moore for Fendi's debut by Kim Jones.

This article was originally published on Feb. 4, 2021