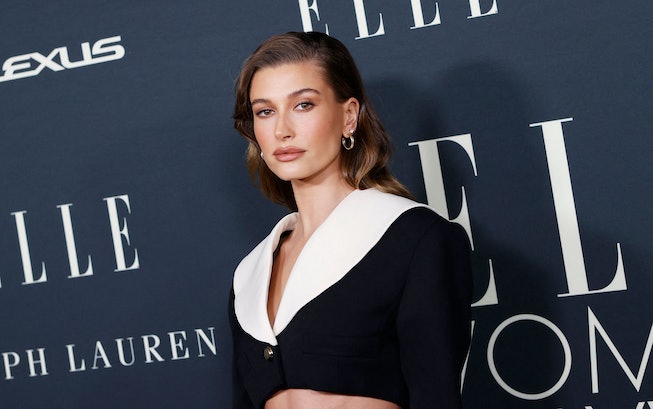 On Friday, Jan. 21, Miu Miu revealed its Spring 2022 campaign, starring Hailey Bieber, who returns as the face of the luxury the brand following her Fall 2019 debut.

Miu Miu is one of the many designer brands that are ushering in the current revival of the mini skirt, which happens to be one of 2022’s most anticipated fashion trends. The super-short garment was a favorite among celebrities in the early 2000s, and today’s famous faces are already tapping into the comeback look, from Rihanna’s monochrome look to Dua Lipa’s party-ready ensemble made from shiny metal mesh.

Also featured in Miu Miu’s Spring 2022 imagery alongside Bieber is Squid Game actress Lee Yoo-mi, who played Ji-yeong (No. 240) alongside fellow breakout star Jung Ho-yeon in the hit Netflix series. Making her first-ever official appearance for the brand, Lee wears a layered trio of crop tops with a belted maxi skirt, logo briefs, and black loafers. Plus, she got to wear one of Miu Miu’s “It” micro-mini skirts, too, in her very own campaign video.