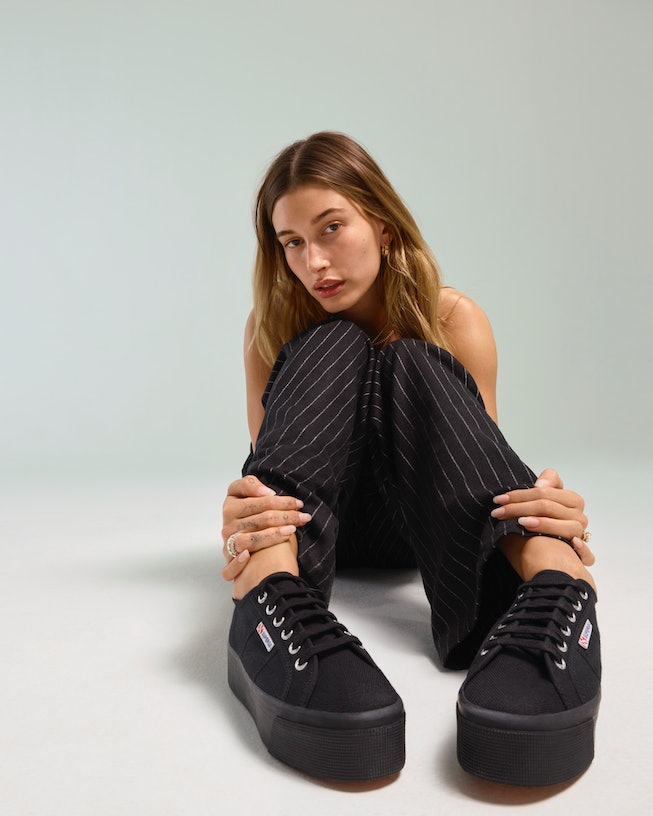 From being back to the runway to starting her own beauty brand, Hailey Bieber is making moves in fashion and beauty. Now, she can add a new global ambassador gig with Superga to her already-impressive resume.

“Superga is synonymous with Italy so when I was asked to become Superga’s new ambassador, I immediately thought about how it’s one of my favorite countries — I spent a part of my honnymoon there! I love the story and heritage of this brand,” Bieber said in an official statement. “Superga is a shoe that has stayed true to its origins and never gone out of style. It’s timeless and classy and I feel it perfectly matches my personal style.”

The campaign, which was shot in New York City back in December 2020 by an all-women team, showcases Superga’s 2750 classic style in white, as well as the 2790 shoe in black. Bieber also breaks out a few of the latest styles, like the Alpina sneaker, a high-top silhouette with a super thick platform sole. And the best part? You can already purchase them, ranging in price from $65 to $85, on Superga’s website.

Take a closer look at Bieber in the new Superga campaign, below.