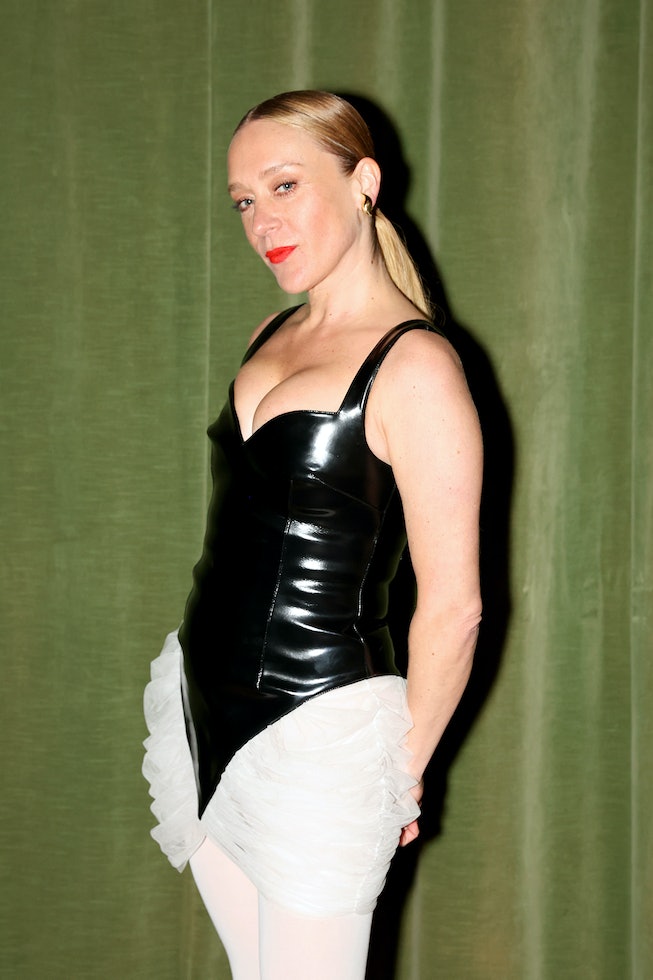 Following Megan Thee Stallion’s newest music video “Plan B” featuring outfits all from Mugler (and co-directed by creative director Casey Cadwallader), the French fashion house has released yet another fashion film to debut its Spring 2022 collection. For the final installment of a three-part series, Mugler highlights a slew of skin-baring silhouettes modeled by the biggest style stars to date, along with Chloë Sevigny making an unexpected cameo.

Filmed in a studio in Los Angeles, the highly-anticipated presentation featured a star-studded cast as they stood in front of a blank canvas. Sevigny was captured wearing a couple of looks from the latest collection, including a black long-sleeved cardigan-and-shorts set, which she wore with a white tee, knee-high boots, and her long black ponytail trailing behind her. She also wore a gradient black and brown fitted mini dress with heels. In the video, the Russian Doll actress was seen taking a dip before morphing into model Barbie Swaee.

Chloë Sevigny for MuglerCourtesy of Mugler

Sevigny has been an underrated style fave “It” Girl since she first came on the fashion and Hollywood scene in the early ‘90s. While she’s appeared in plenty of front rows, magazine editorials, and campaigns, her actual runway show cameos are rare, having only walked for Simone Rocha and Miu Miu before Mugler. The 47-year-old recently made headlines for her captivating designer wedding looks in May, with Cadwallader designing the star’s after-party outfit.

Megan Thee Stallion, Bella Hadid, and Lourdes “Lola” Leon joined alongside Sevigny in the eight-minute film, as well. The rapper was filmed in a cutout blue catsuit while Hadid was cloned in the clip wearing cutout bodysuits and mesh gown and Lola donned both a striking neon-lined bodysuit and a nude-colored silhouette. Cadwallader also added a vivacious twist to Mugler’s signature aesthetic, referencing some early-aughts styles of the late designer, who passed away in January. Much of the Spring 2022 collection features ombré-hued body-con dresses, sculpted bodysuits, and lots of mesh-tailored pieces.