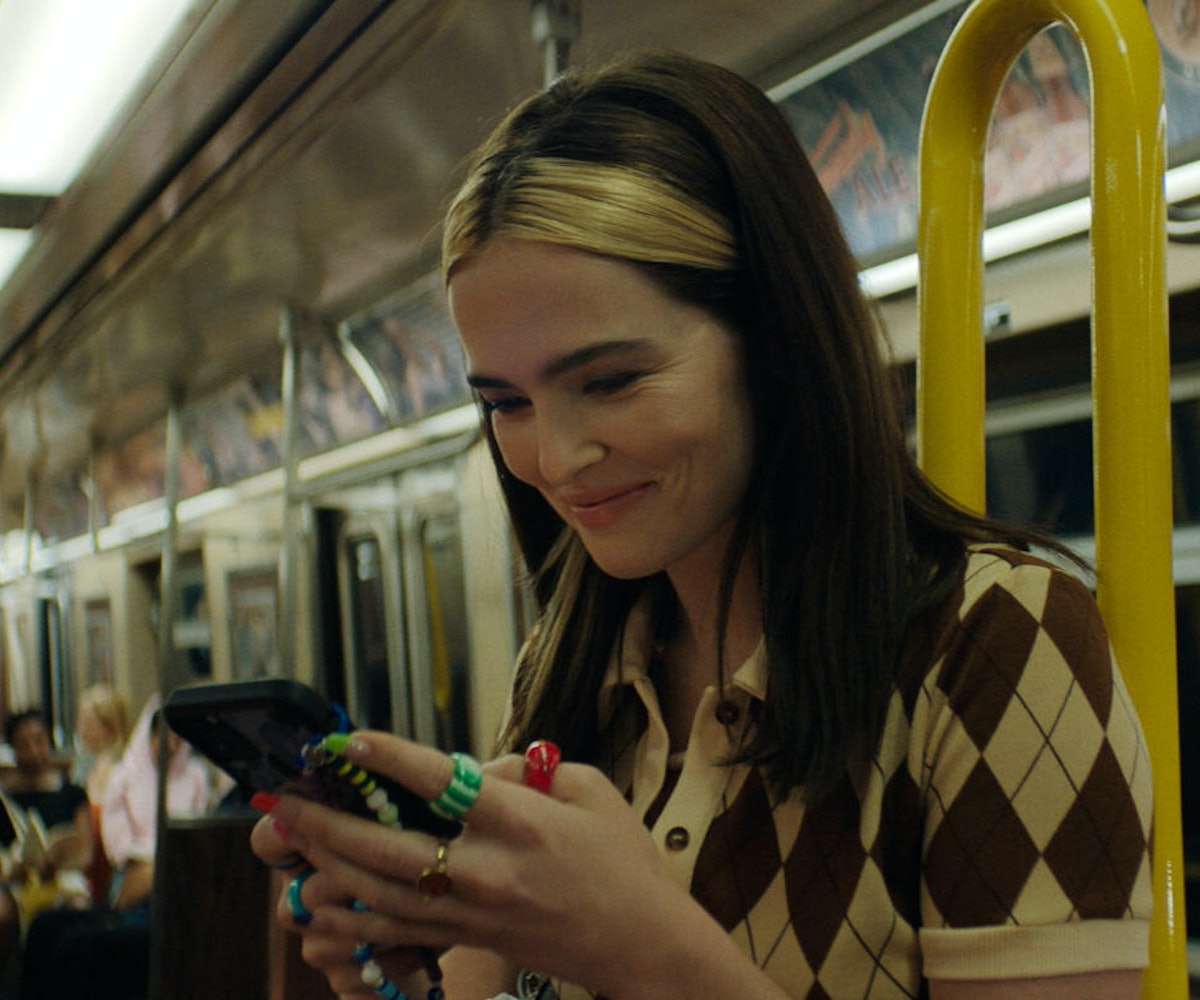 There’s a lot to be said about Not Okay’s Danni Sanders, played by Zoey Deutch. But one thing’s for sure is that the “unlikeable female protagonist” is quite style-savvy, too.

The new Hulu film follows Deutch’s character as she navigates through the pits of “an aimless aspiring writer with no friends, no romantic prospects and — worst of all — no followers,” as noted in the movie’s synopsis. After feeling left out of the spotlight, she scrambles for any bit of social media clout, by all means necessary, and decides to fake a trip to Paris. After a series of unexpected events, Danni quickly rises to hero status as an influencer and advocate. But it’s only a matter of time before her web of lies finally reveals itself — and let’s just say it does not end well for her.

The true fashion standout from Danni’s outfits is her kitschy jewelry pieces, which inspired a collaboration collection by BonBonWhims exclusively for the film. Throughout the almost two-hour film, she can be spotted sporting pieces similar to the indie brand’s whimsical and nostalgic designs, like chunky resin ring stacks, colorful beaded necklaces, and DIY-inspired bracelets.

Ahead, BonBonWhims designer Clare Ngai spoke with NYLON about the jewelry inspiration behind her collaboration with Not Okay, Danni’s fashion looks in the film, and more.

How did the collaboration come about for the film Not Okay?

Searchlight Pictures reached out to us about curating an exclusive jewelry collection for the film, and after researching the story we immediately jumped on the opportunity. It’s a dark comedy and satire about influencer culture and Y2K trends so it’s a match made in heaven!

What was your biggest takeaway from the movie?

We were so lucky to have a sneak peek of the movie before everyone else and, of course, we attended the premiere and got to see it on the big screen again. We absolutely loved it. It’s witty and humorous, but it also has depth and is emotional at times. I think the takeaway is that everyone can feel a little lonely at times no matter who they are, and has this desire to fit in, especially with the pressure to keep up with social media in today’s world. It’s painfully relatable for a lot of us in so many ways.

What was your inspiration behind the designs?

Since the movie and styling are so heavily influenced by Y2K trends, we made sure to include materials and designs that reflect accordingly, including a nostalgic resin ring with a keychain packaged in a vintage gumball capsule, as well as hand-beaded stretchy necklaces and bracelets that spell out Not Okay. The Searchlight team was super open and collaborative and gave us so much creative freedom to create this collection.

What’s your favorite piece and how would you wear it?

The blue heart resin ring that is inspired by the ring that Zoey Deutch’s character Danni wears throughout the movie is our favorite! It’s simple but whimsical at the same time; you can stack it up or wear it alone. It also comes with a kawaii keychain and is packaged in a gumball capsule that reminds me of my childhood.

BonBonWhims’ jewelry collaboration with Not Okay is available to shop online now.