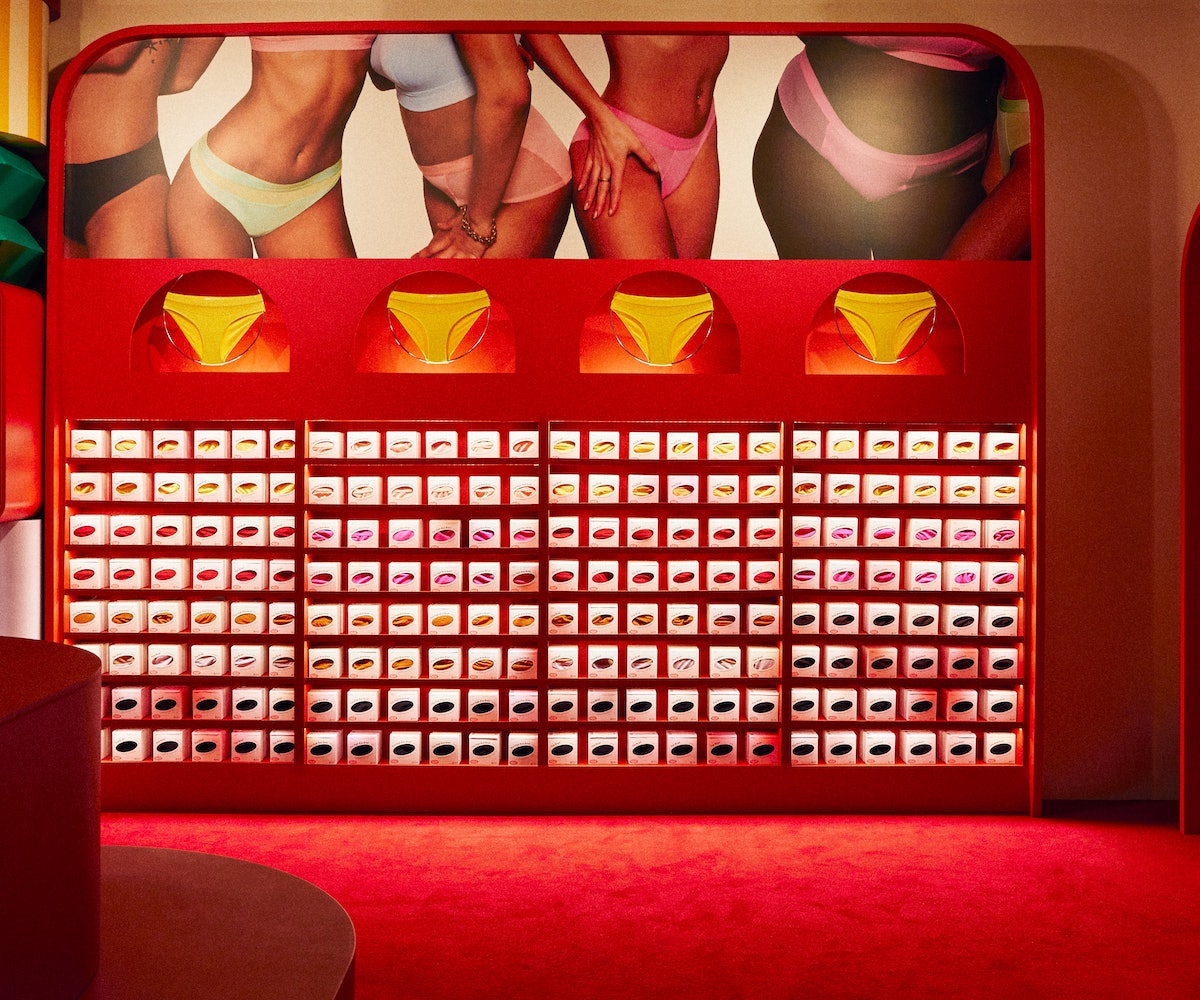 Since Parade’s first official launch into the digital space back in 2019, the cult underwear brand has now opened its doors to its debut brick-and-mortar store right in the middle of New York’s bustling SoHo neighborhood.

In only a span of two years, Parade has successfully rewritten the underwear narrative since its inception, releasing a range of must-have and size-inclusive basics and coveted collaborations, with each pair starting at only $8. The cult favorite brand has also been sported by just about every influencer and celebrity out there from the likes of Slayyyter, Sydney Sweeney, and more. Now, it strives to inspire a generation of new consumers who want to dance and lounge around in “feel-good” Instagram-worthy fabrics and silhouettes.

In an interview from December 2019, Parade founder and CEO Cami Téllez envisioned the soon-to-be retail experience, telling NYLON, “What does the Parade experience look like in-store? Is it just a vending machine? Is it a spectacle? Is it a clubhouse? Should we do a ball pit?” And funnily enough, some of those ideas did come to fruition with the official unveiling of Parade’s debut retail storefront.

Located on 577 Broadway, the new location launched into business on Friday, Dec. 3, and let’s just say I’ve never seen anything like it. Co-designed by Téllez and with the help of up-and-coming designer Xavier Donnelly, both the exterior and interior of Parade adds a pop of color to SoHo’s busy shopping street, as it was largely inspired by Téllez’s love for surrealist artwork, ‘60s and ‘70s fashion cues, and a vibrant palette that customers everywhere adore.

Upon entering the Parade store, it felt as if I was immediately transported into a whimsical wonderland, featuring a technicolor rainbow archway lined with matching mannequins. As I explored the uncharted playscape, Téllez made sure to use every single corner of the 2,000 square-foot space. The locale’s interior boasts plush flooring and floor-to-ceiling pillars of rainbow-colored geometric building blocks stacked on top of one another, along with artwork by previous Parade collaborators, like Jeanette Hayes.

Parade staged its merchandise in a way that was not only shoppable but blended in as decoration as well, from the color-coordinated and size-organized underwear walls to the wavy racks of newly-launched collections and loungewear. Inside of a life-sized circus tent, there is also a claw machine where shoppers can try their luck to win free mystery prizes, a cotton candy machine, and disco balls piled in the corner. The retail associates complete the entire store by wearing fun psychedelic pajama sets designed by indie label Tyler McGillivary.

“This retail experience is the next dimension of Parade where our community can color outside the lines with us,” says Téllez. “While we have grown our incredible community primarily online, we are excited to raise the bar for what an underwear store should look like, by bringing more fun, wonder, and something much more meaningful into the shopping experience.”

Parade’s Cami Téllez spoke with NYLON about opening the brand’s first-ever store, the process behind designing the space, and more, as well as an exclusive inside tour by us, ahead.

Congratulations on your very first brick-and-mortar store! What made you decide it was time to have an in-person location for customers to experience?

Thank you! We really wanted to re-choreograph the way people interact with underwear. For too long leaders in the category have taken the most intimate layer of our wardrobe and made us feel less confident. Parade was built as a community-based brand that celebrates the freedom of self-expression for everyone. We’ve successfully handed the category back to the customer and are now so excited to meet them offline in this experience that encourages exploration.

What inspired the colorful design of the store? What mood did you want to emulate in the new space and what do you want customers and visitors to take away from it?

The entire retail experience is infused with surrealism, maximalism, color field art inspiration, and abstract expressionism. From floor-to-ceiling geometric pillars to a life-size glittering circus tent, all of the elements in the store are meant to exude wonder and play. The entire space is in conversation with art, such as Adam Parker Smith’s totems, Ellsworth Kelly’s color panels for a large wall, Pierre Yovanivitch’s recent projects, the Fendi building in Milan, Teatro Regio Torino by Carlo Molino, and more.

How long did it take you to plan and build out everything? What challenges did you face while doing so?

It took us about over four months end to end to complete the store. Finding the right location was key as we wanted to ensure that it was in a centric area of New York, our home base. With SoHo being the intersection of culture, art, and fashion, it was clear that this is where our first physical footprint had to be. SoHo is the right place for a store that wants to be in conversation with art, fashion, and luxury.

As a creative director, this was my first in-person experience. The task was really to create the pinnacle of the brand that has connected with so many people online into an experience that was just as thoughtful, bold, and iconic offline.

How do you plan on using your new space and what can we expect from Parade and its new location going forward?

The next chapter of retail isn’t going to only be about sales, but about the entire experience the brand is manifesting in the physical realm. Our intention was to offer a space where our community can gather, connect, and have a haven to freely express themselves in. We also plan to have ongoing events at the store.

The outside of Parade’s new location already stands out even as I was walking towards it on the street! Can you tell it’s a Parade store with its bright red exterior? ❤️
I was greeted with some delicious candy provided by BonBon! I definitely went a bit overboard on the sour treats and chocolates.
My favorite part of the store was of course, the circus tent. Inside was a claw machine of Parade goodies but let's just say I didn't win a single thing (and I had three chances ugh)!
I’m definitely coming back here for all of my mirror selfie needs.
A pile of disco balls! Absolutely in love!
All of the underwear has been organized by color and style — how satisfying!
Fun fact: I was Parade’s first-ever customer at its new store ✨ I bought a green waffle-knit top to lounge around in, hehe.
At the back of the store, they had a wall full of even more stuff like hoodies, playing cards, stickers, and even branded condoms!Photos Courtesy of India Roby

Parade is now open at 5777 Broadway from 10 a.m. to 7 p.m. EST daily. A percentage of in-store and online sales are donated to such organizations as Planned Parenthood of Greater New York, the Ali Forney Center, Intersectional Environmentalist, and GLITS.