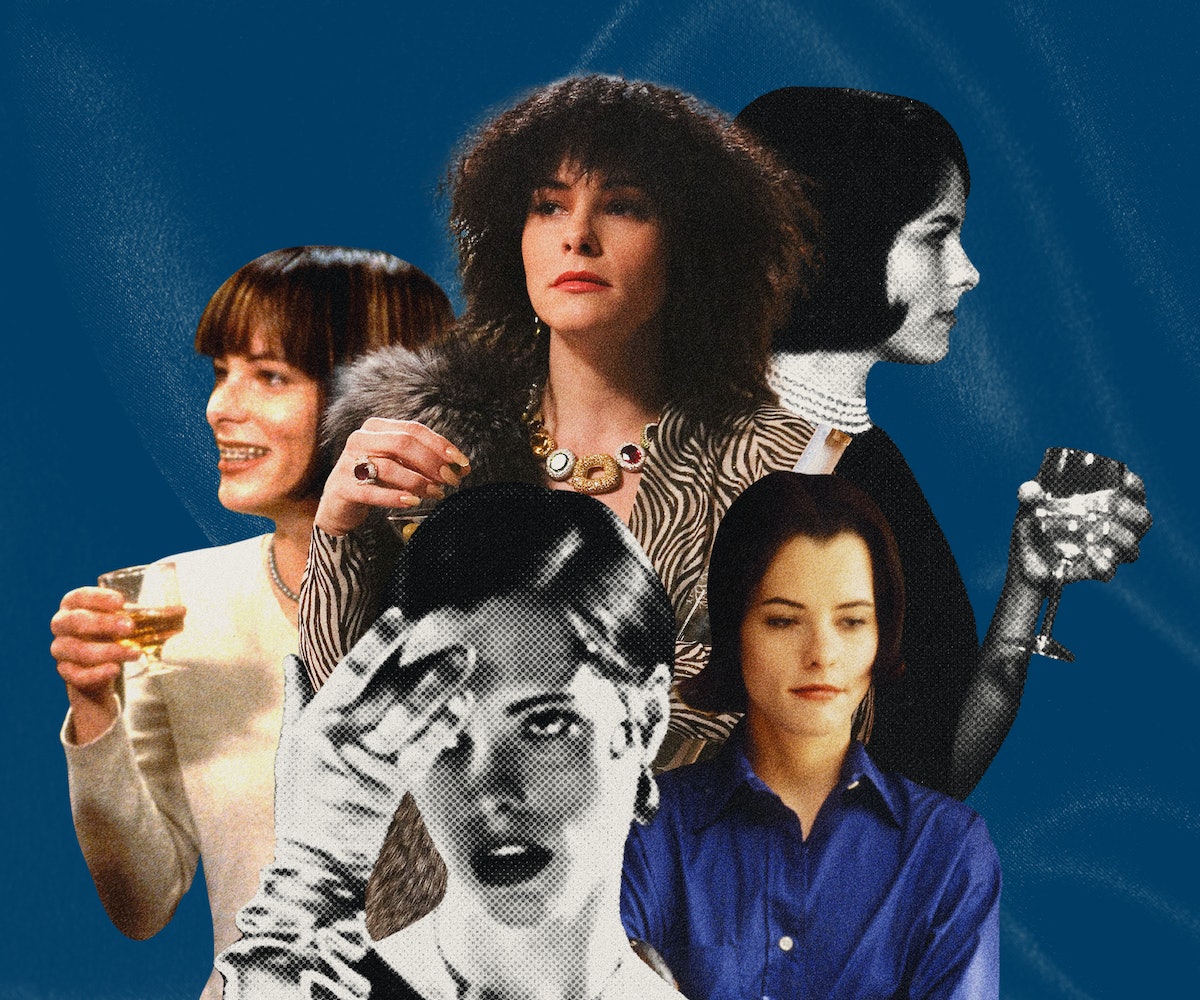 The mark of a great Parker Posey movie is that it could never be made now. Indeed, from indie classics like Daytrippers to wildly ambitious pop spectacles like Josie and the Pussycats, Posey’s films always feel experimental, unusual, and likely too intelligent for the common audience. Crowned “the queen of the indies” in the ’90s for her string of boundary-pushing, auteur films, Posey would continue to curate eclectic choices over the ensuing decades, both in the arthouse realm and even in big-budget superhero movies.

Now, as Posey conquers prestige TV as the real-life, deep-south prosecutor Freda Black on HBO’s The Staircase, we run down her most memorable roles. Of course, with over 100 IMDB credits (many of which are so low-budget to not have survived VHS extinction) it’s impossible to cover all her glorious appearances (see Hell on Heels: The Battle of Mary Kay with Shirley MacLaine and Shannen Doherty). But for those crackling, larger-than-life performances you’ll never forget, for proof that Posey is perhaps the most indelible character actress alive, look no further than our picks. Let the slumber party viewing marathon commence.

Posey clocks less than five minutes of screen time in Richard Linklater’s breakout masterpiece, and yet, as savage teen empress Darla, she’s essential, far surpassing the tropes of the high school movie mean girl. In Dazed & Confused — and again one year later in Sleep with Me — Posey and fellow legend Joey Lauren Adams cruise around town, commanding the natural cool of your older sister’s best friends; the girls you worshiped from the very first day of your freshman year. As a small part of a grand mosaic, Posey proved she could imbue even a marginal character with vast complexity. Dazed & Confused launched the careers of Ben Affleck and Matthew McConaughey, but it’s the image of Posey, spraying mustard over her tween acolytes, that you’ll be laughing about forever.

Posey is often cast as a nemesis, or dark other, to a fellow Scorpio: with Toni Collette in Clockwatchers, Emma Stone in Irrational Man and Meg Ryan in You’ve Got Mail. Of course, we’re supposed to root for Ryan’s sweet children’s bookstore owner, but it’s Posey’s publishing house powerbitch we all really want to be. Like Emily Blunt stealing The Devil Wears Prada from Anne Hathaway years later, Posey comes for blood in You’ve Got Mail, jolting Nora Ephron’s dreamworld awake with caffeine, cocaine, and ruthless career ambition. Let the “good” Scorpio take Tom Hanks; Posey at least retains her authenticity, and her fabulous lifestyle.

There’s likely no better fit for brassy, intrepid reporter Lois Lane than Parker Posey. But, in our timeline, Margot Kidder’s immortal part was inherited by Kate Bosworth. Meanwhile, Posey got to chew scenery on boats as Lex Luthor’s lush henchwoman Kitty Kowalski. Posey was reportedly the only choice for the role, which she described as “a smaller character-actor part who has to be strong enough to act with Kevin Spacey.” Along with her deranged performance as a vampire in Blade: Trinity, Posey’s work in Superman proved that she wasn’t a frail indie darling, but a powerhouse who could make any $200 million blockbuster feel new, chaotic, and unpredictable.

It takes a very good actor to play a very bad actor, and, as evinced by Maude Apatow’s theater-kid gulag on Euphoria, shows within shows can get tiring real fast. But as a guileless Dairy Queen employee with regional theater dreams in Waiting for Guffman, Posey rides her character’s humiliation to eternal glory. In the bleak Hollywood satire For Your Consideration, Posey plays a B-actress taking on “dangerous” lesbian content in the doomed Oscar bait Home for Purim. This time, she’s far less naive, but no more self-aware. Long considered a crown jewel in director Christopher Guest’s mockumentaries, Posey shines when challenged to commit at all costs.

Clockwatchers follows four wayward temps as they endure and evolve through the purgatorial drip of office labor. Toni Collette’s Iris starts out as meek and ineffectual, afraid of ever leaving a mark. But her subtle, noble metamorphosis is spurred on by Posey, as an unwilling agent of chaos who can’t keep out of trouble. Posey’s characters often thrive in bubblegum worlds of mania and mayhem; but in Clockwatchers, she’s imprisoned in a beige underworld, without the wherewithal to set herself free. What if the creative, expressive girl never gets seen for her gifts? Posey would go on to play spurned women, rejects, and loners throughout her career, perhaps because in Clockwatchers, she so beautifully embodies the loneliness, and the tragedy, of never being chosen.

The House of Yes is a tiny film, based on a play, funded entirely by Aaron Spelling, and, incidentally, co-starring his daughter Tori. You’ll likely not remember her performance, or much else of the movie, besides Parker Posey armed with pearls and a gun. As a Jackie Onassis obsessive with an incestuous fixation on her twin brother, Posey practically burns through the cellulite, at all times laughably delusional and frighteningly unhinged. Few Oscar winners could even touch this part, let alone make it sing and screech like Posey does. “Not on a field trip? Not even on a fifth grade field trip?” As Jackie-O, Posey is a star going supernova, so incandescent that the whole movie collapses around her.

Posey told The New Yorker that Fiona, her high-camp music industry baroness, was “directed toward that audience of bratty, prepubescent girls who just want to get their teeth in and be a little meanie-pants.” But as the archvillainess behind a government conspiracy to control teens through mass MTV consumerism, she’s so much more than a mid-budget movie rogue. Fiona is perhaps cinema’s first club kid terrorist, a cabaret Emperor Palpatine on par with Sandra Bernhard in Hudson Hawk. Josie & the Pussycats is a miracle, a corporate satire made for a teen girl audience, an evolution of Spice World the likes of which would never be made again in George Bush’s America. The brilliant conceit is deftly handled by Posey and fellow fashion goon Alan Cumming, who pound out postmodern commentary on capitalism, all while dressing like Susanne Bartsch’s stalkers. The legacy of this film will only grow, and Posey is the center of the whole spectacle.

“Did you provoke her?” In Guest’s most-beloved movie, Posey represses her natural exuberance for taupe luggage, braces, and L.L. Bean. Gone is the style, sensibility and joie-de-vivre, and Posey, now a turtleneck yuppie nightmare, vibrates with apoplectic suffering. Before the scourge of girlbosses and Karens, Posey was terrorizing retail employees, housekeepers, and therapists; a smock-clad lunatic one meltdown away from murdering her dog groomer. In caging all her color and attitude, Posey proved she didn’t need to be a Party Girl to own the movie.

Scream 3 is an uncanny chimera that feels like two movies: While Neve Campbell fights for her life in an epic conclusion on par with Return of the Jedi, Courtney Cox and Parker Posey run around studio lots in a bonkers, batshit slapstick comedy. We’re talking about the greatest satire of the film industry ever made, the plot of which — a horror movie within a horror movie — probably invented 21st century meta-commentary. Imagine Bette Davis and Joan Crawford on mescaline and you’d have the duo of Posey and Cox, screaming at each other, trading slaps, and holding hands as they run from Ghostface. It’s no small feat to walk into the third film in a successful franchise and completely walk away with it. Scream 3 proved that Posey was not to be underestimated, or underused: She’s no mere character actress, but a force of nature.

Over the last two decades, legions of losers from the suburbs have parked themselves in New York City, in hopes of becoming the next Carrie Bradshaw. If you were the girl with a Breakfast at Tiffany’s poster in your dorm room, enjoy the view from your condominium. But if you packed a suitcase after watching Party Girl, congratulations: You’re an artist. Like Madonna in Desperately Seeking Susan, Posey is more than an actress in Party Girl; she’s living fashion; the embodiment of an entire milieu. This isn’t an L.A. actress playing a chic city girl; Posey is SoHo, and her performance immortalizes a lost era in New York, and the generations of girlies who will never compromise their style — no matter how the city changes for the worse. Nearly two decades later, Girls would celebrate a new generation of spoiled 24-year-olds, and in the childhood bedroom of Hannah Horvath would be a Party Girl poster. May Posey’s legacy, as a real one who can’t tone it down, live on forever and ever.