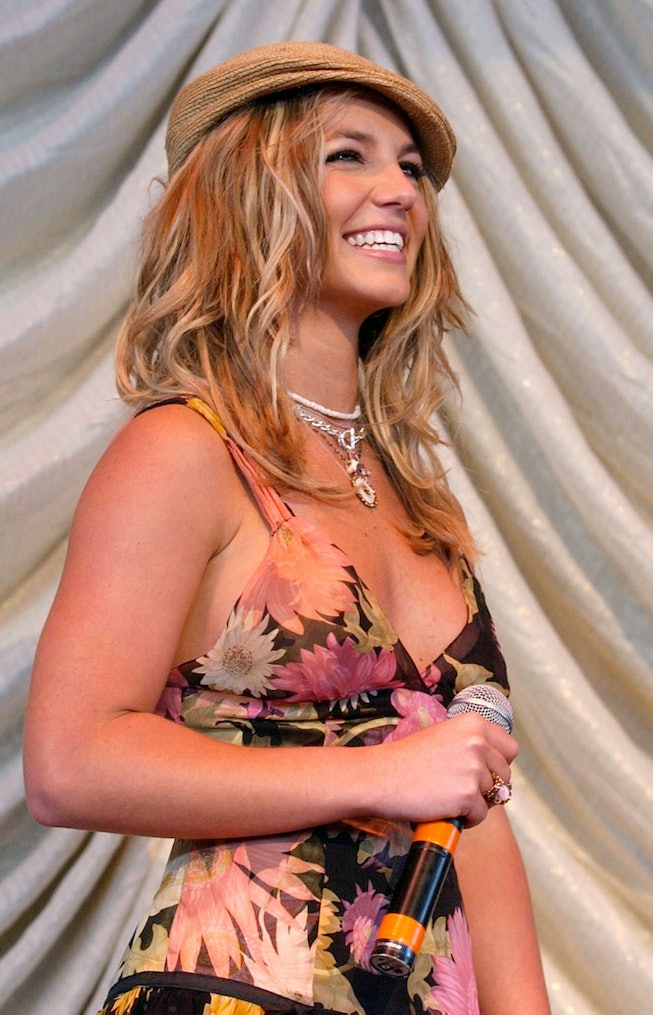 Update 9/21: In the latest in Britney’s Instagram saga, Britney is allegedly back. The singer posted two photos of her celebrating her engagement over the weekend, writing, “Some shots from my weekend getaway to celebrate my engagement with my ... holy shit ... FIANCÉ ... I still can’t believe it !!!!”

The vigilant #FreeBritney crew has pointed out in the comments that the photos were from two years ago, and many are still expressing concern over the singer, asking her to post more photos and pointing out that just a few days ago, her hair was red.

Britney Spears apparently exercised her newfound freedom this week, deleting her Instagram account just days after her father Jamie Spears agreed to step down after 13 years as her conservator, which allowed him to make all of her financial and life decisions.

As reported by Variety, in the since-deleted post, Britney shared a screenshot of an article titled “Infusing education with heart” and then wrote: “Growing up in a world where basically almost everything I did was controlled by someone else… I hope this message gets to people who have been confused or manipulated by a system !!!!”

After her Instagram was deleted, Britney’s vigilant fanbase started expressing concern for the singer on Twitter, speculating that she was sending a coded message that she is in trouble. Britney was quick to quell the fears; she posted on Twitter, reassuring fans that she was taking a little break from social media to celebrate her engagement to longtime boyfriend, Sam Asghari, and that she’ll be back soon.

According to Page Six, an unnamed source affirmed the decision was Britney’s and says she is “happy and in a great place,” adding that “silence an be a powerful thing and a powerful message.”

It’s hard to take an unnamed source at face value, but also hard to say whether the fan paternalism around Britney’s decision is justified; she has, after all, been “Overprotected” for a long time — but the conservatorship is still technically in place, and fans have questioned the motivations of her father, who, after reportedly trying to extort Britney, agreed seemingly out of the blue to end the agreement.

Though the conservatorship hasn’t technically ended, it still feels like there’s a palpable shift in Britney’s agency, who this week also appeared to flex her newfound freedom, announcing Monday that she’s engaged to Asghari, whom she’s been dating since 2016 after meeting on the set of her music video “Slumber Party.” In a June court testimony, Britney shared that she wanted to have children and be permitted to ride alone in a car with Asghari, but the conservatorship forced her to wear an IUD and forbade her to drive with only him.

The next hearing in Britney’s conservatorship case is on September 29.

NEXT UP
Life
On Repeat: Vaquera’s Away Collaboration Is Brought To You By Britney Spears B-Sides
Life
Rachael Finley Never Got A Guide To Life, So She Wrote Her Own
Life
Read An Exclusive Excerpt From I’ve Had To Think Up A Way To Survive: On Trauma, Persistence, and Dolly Parton
Life
Chloë Grace Moretz Spoke Out Against 'Family Guy' Meme Mocking Her Body