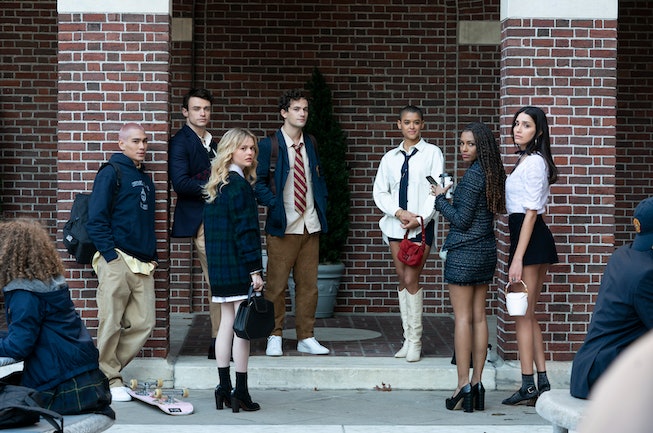 Whether you’re watching the original Gossip Girl series or the high-budget and extremely buzzy HBO Max reboot, the Manhattan elites under the all-seeing eye of Gossip Girl make one thing clear — they’re not like other teenagers.

These offspring of New York’s one-percent have highbrow taste, and they don’t miss a single opportunity to prove it. In the reboot (which reintroduces Gossip Girl as an anonymous Instagram account run by a group of disgruntled and terrorized Constance Billard & St. Jude teachers) the teenagers talk like die-hard subscribers to the Criterion Collection, scoff at Bravo king Andy Cohen’s Housewives empire, cause hijinks at the at the theatre, and yes, they read physical books!

Every week, the show casually peppers in more references to remind you that the new Gossip Girl era is not here to play around, and we’re on the case to bring you the very best films, books, plays, and more to add to your culture list. In the immortal words of Gossip Girl: XOXO.

The resident Gossip Girl film buff Aki Menzies can (and will) talk your ear off about avant-garde movies if given the chance. He not only drops references to influential directors like Akira Kurosawa and Wong War-Kai, but he also has an active Letterboxd account as a living archive dedicated to his favorite films. (Every Gossip Girl character has an active Instagram account to further blur the lines between reality and fiction, but real teen-drama scholars know that the perfect Norwegian show SKAM did it first.)

Audrey Hope (the new generation’s Blair Waldorf, if you will) is a voracious reader on her literary A-game. She’s seen reading something new in every episode, from the seminal Eve Babitz text Black Swans to the breakout Elena Ferrante novel The Days of Abandonment (that’s set to star Natalie Portman in the film adaptation.)

Julien and Zoya’s book references err on the side of classic literature, as illustrated by their sisterly inside joke about the Pride and Prejudice Bennet sisters.

There’s an entire episode that takes place around a buzzy Jeremy O. Harris play Aaron in case you needed more proof that Gossip Girl cast sits at the upper echelon of cultural consumption. And the play is allegedly real!

Gossip Girl may write off the Housewives franchise as déclassé, but we’ll let that slide since they speak highly of Succession, HBO’s premiere program centered on the tyranny of family. We’ll see if the teenagers really know their prestige (HBO) television if deep cuts like The Comeback, Enlightened, and Six Feet Under references make it to the screen.