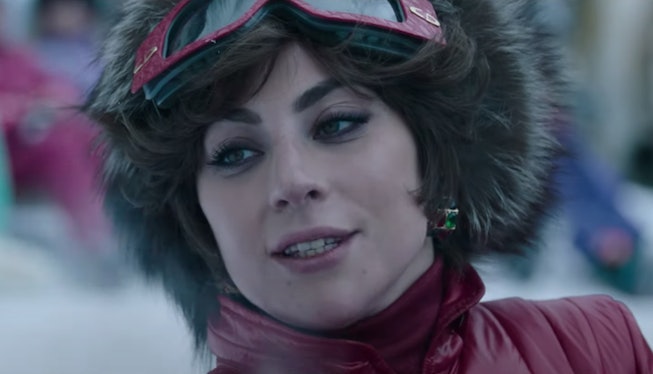 A star is born once again, and this time she’s an Italian socialite with murder in her heart. The trailer for the highly anticipated Ridley Scott feature House of Gucci is finally here, after a few months of tantalizing paparazzi shots, disgust from the real life Gucci family, and some dramatic character posters. And mamma mia, did it deliver on the drama, style, and of course, some interesting Italian accents.

The trailer introduces us to the key players in the Gucci family saga, including Mauricio Gucci and his wife, Patrizia Gucci, played by Adam Driver and Lady Gaga, respectively. Their lives? Fabulous. Their bank accounts? Loaded. Their clothes? Gucci, of course! The film — which is based on the Sara Gay Forden book The House of Gucci: A Sensational Story of Murder, Madness, Glamour, and Greed — tells the real-life tale of Maurizio and Patrizia, which famously ended in murder when she placed a hit on him after her left her for a younger woman. Life in Italy is not all fun and games!

The trailer also includes some incredible scenes of Jared Leto in a fat suit and prosthetics as Paolo Gucci, a portrayal that Mauricio’s second cousin Patrizia Gucci called “horrible, horrible” and that she felt “offended” upon seeing. Gaga, on the other hand, looks almost identical to the real life Reggiani and seems to accurately embody her glamorous and vindictive spirit. “I don’t consider myself to be a particularly ethical person,” says Gaga in the trailer, “But I am fair.”

Reggiani was referred to as “the Black widow” by the Italian media during her trial for hiring a hitman for her ex-husband and was given a 29-year prison sentence, but was released in 2016, after rejecting her first offer for release in 2011 because it required her to seek employment. “I’ve never worked a day in my life and I don’t intend to start now,” she told her lawyers in one of the most iconic statements in the history of the written word.

House of Gucci hits theaters November 24. Until then, watch the trailer, and catch some funny tweet reactions, below.