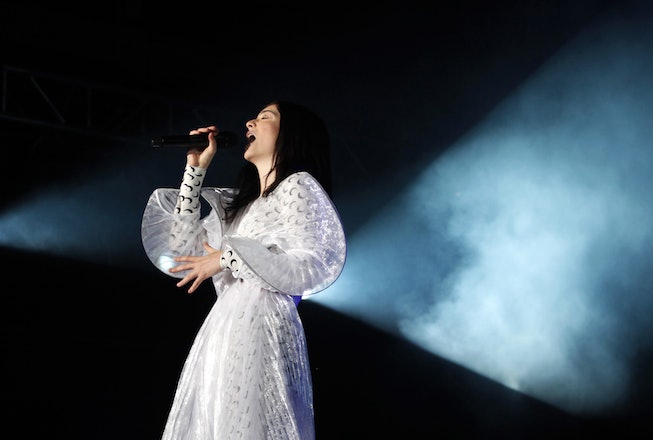 Just three days after Lorde’s butt became the internet’s favorite meme, Lorde is commandeering the Internet again. This time, it’s after the single “Solar Power,” off her long-anticipated album, the first release since 2017’s Melodrama, was momentarily released by some streaming platforms, before almost immediately being taken down. (Some are speculating it was leaked early.) Still, it was enough time for a lucky few to hear the track, and to see Phoebe Bridgers and Clairo in the song credits — the perfect storm of It Girl musicians to once again break the Internet.

There’s not much we know about the album at this point. On Monday, Lorde updated her website with an image of her butt and the title “Solar Power,” with the words “ARRIVING IN 2021 … PATIENCE IS A VIRTUE” underneath. Power producer and frequent Lorde collaborator Jack Antonoff also posted the image on Instagram, which only added to the frenzy. The forthcoming record is reported to be related to the singer’s 2019 trip to Antarctica, which is only a place Lorde would go explore. We also don’t know when the single will officially release, but some sleuths have speculated June 21, while others guess it will be even sooner — the evening of June 10.

There’s a lot of mystery to unravel, but in the meantime, here are some of the best reactions to the latest chapter in the “Solar Power” saga. Just wait to see what happens once the album is actually released!

Did Lorde orchestrate the release, or stress out about it? Possibly both!

Jack Antonoff even got a few memes of his own

People can’t contain themselves about Phoebe and Clairo

And unsurprisingly, people are really embracing the “Solar Power” vibes