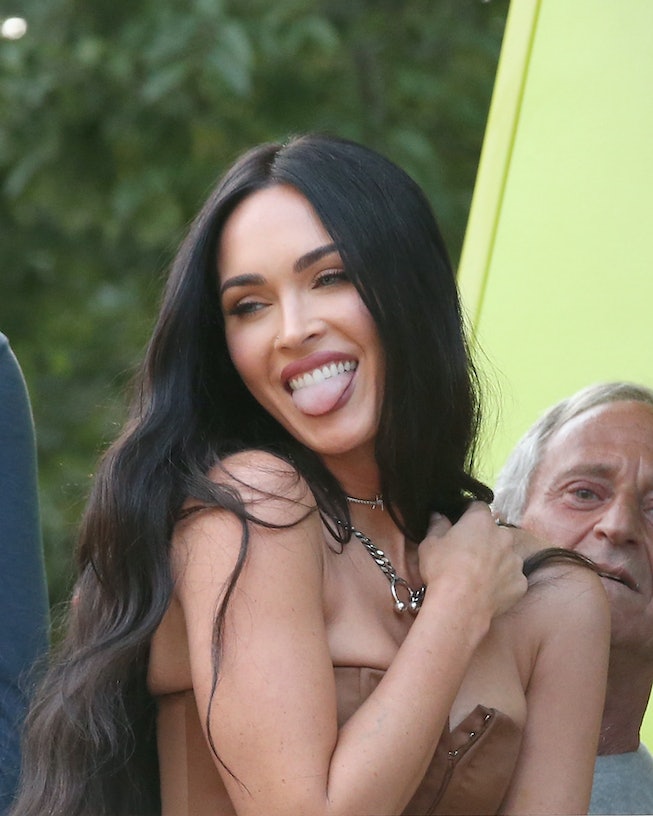 The Megan Fox renaissance is alive and well. She’s about to star in the forthcoming Netflix vampire flick, Night Teeth, opposite Gen Z powerhouse and girl of the moment, Sydney Sweeney. They’re both playing the seductive leaders of an underground league of vampires, which is great casting because the two actresses have allure (crucial to vampire films) and are categorically hot (also crucial to vampire films).

Fox is no stranger to the supernatural, considering how her most famous role is from the 2009 cult horror classic Jennifer’s Body in which she played a popular high schooler turned man-eating demon. Jennifer’s Body was a seminal horror film, but it also had a greater purpose — it inspired tons of women to come out as LGBTQ+, thanks in part to a streamy makeout session between Fox and her co-star, Amanda Seyfried.

“I can’t tell you how many girls, from 30 down into their teens — or, f*ck that, my age, too — come up to me and are like, ‘I realized I was gay because of you,’ or ‘I felt comfortable coming out because of you,’ because of Jennifer’s Body and the interviews I did about being bisexual before it was cool,” said Fox to Page Six.

In Jennifer’s Body, Jennifer slowly begins acting weird because the whole “demon possessing her body” thing, and her best friend Needy knows something weird is afoot, and is rightfully scared. Jennifer, on the other hand, just wants to cuddle. “But we always share your bed when we have slumber parties,” before a streamy scene that awoke the sapphic in its female viewers. And Fox is well aware of its impact.

“That’s something that’s so important to me, that I’m so proud of,” she says. “If my purpose on Earth was to help one girl come out of the closet and feel OK about it, I had an amazing purpose here.” Fox is openly bisexual and celebrated Pride this year with a rainbow manicure on Instagram captioned with “Putting the B in #LGBTQIA for over two decades.”

In other Fox-related updates, the actress is head over heels in love with her boyfriend, Machine Gun Kelly, and the two have a hot streak of sharing sweeping declarations of love. Most recently, the excitement is surrounding the couple’s meet-cute, which involved Fox telling MGK he smells like weed, only to have him respond, “I am weed.” To quote Kacey Musgraves: Love is wild thing!