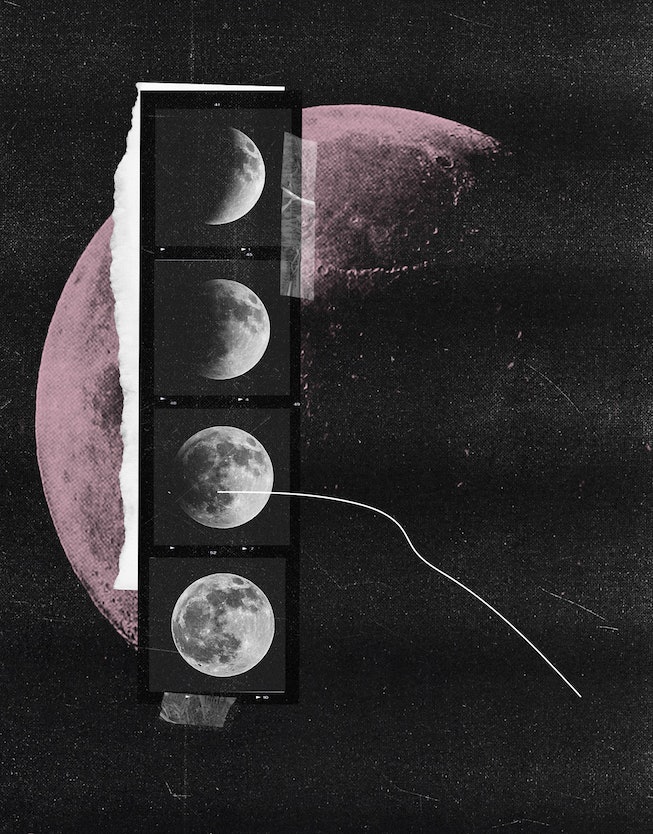 The nightmare is almost over. In the face of a sinister six planets in retrograde, hope is a dangerous thing for a woman like you to have, indeed. But endure through October 2021’s last round of cosmic trails, and you’ll make it to the land of milk and honey: an autumn of linear progress and possibility. Anything’s possible in the new landscape — Azealia and Grimes might bury the hatchet after all! But to make it to your rebirth, you’ll have to sign up for a final sacrifice, as only Scorpio season can demand.

But first: It’s Libra season, and even if your life is going down the toilet, you can still pursue the idea of objective perfection. With Mercury retrograde in Libra through October 18, you’re invited to stop and consider the ways in which your outer circumstances could align with your inner desires. Take the new moon in Libra on October 6 to consider which people and projects in your life require streamlining. Start small, with home makeovers and closet purges, which will inspire you to cut the dead weight from your relationship life. On October 7, Venus traipses into Sagittarius with the panache of Greta Gerwig in Mistress America. This Venus placement, as seen in Parker Posey’s chart, calls for bold self-expression, and the assertion of individuality through style. By taking this time to cultivate a sensibility, an identity, and an aesthetic, you’ll be ready to make an entrance when the planets go direct.

...which is when, exactly? The month kicks off with Mercury in retrograde, along with Jupiter, Saturn, Uranus, Neptune and Pluto. In case you haven’t noticed, the latter five planets have largely halted global progress over the summer, while Mercury can be counted on to throw a wrench in your personal sphere of operations. This meltdown is temporary, and we’ve finally arrived at the light at the end of the tunnel. This retrograde season constitutes your exit from the underworld. Make like a Libra and never look back!

As the month progresses, the planets go direct in rapid succession: Pluto (October 6), Saturn (October 10), and Jupiter and Mercury (October 18). Pluto, Saturn and Jupiter have been stuck in reverse for most of the summer, swatting down every supposed new beginning you were hoping after all those months in lockdown. But with a propulsive full moon in Aries on October 20, and Scorpio season beginning outright on the 23rd, you’re due for a blast of atomic power. By the time Mars enters its home sign of Scorpio on October 30, you’ll be ready for revenge. Make peace with your static summer now — your life is about to get interesting again.

Libra season puts the focus on your relationship life. How quaint. But you won’t be trapped on a perpetual honeymoon at The White Lotus forever, though. Hang tight until the full moon in Aries revitalizes your forward momentum on October 20. With the sun, and then Mars, entering Scorpio soon after, you’ll meet the back half of the month on horseback, at last given free rein to rule and conquer. Until then, elect your comrades and captains, and make peace with the placeholder people you’ve kept around for too long.

This Libra season, invest in anything that makes you feel made-over, reinvented, and resplendent. On October 7, Venus enters Sagittarius, in your eighth house of metamorphosis. Explore new roles and ways of being perceived which challenge any fixed notions you have of yourself. With Saturn and Jupiter going direct in your tenth house of career by the middle of the month, you’re set to be seen on a grander stage than you have been in months. Do what you can to expand the avenues, channels, and audiences who encounter you. Scorpio season brings new love, friendship, and collaboration into your life, but only if you let yourself be seen.

With Mercury retrograding in your fifth house of creative expression until October 18, you have permission to lay off output, and focus on filling your cup. Seek adventure through relationships: with Venus entering Sagittarius in your seventh house of intimate partnership on October 7, your lovers and friends can expose you to new worlds of discovery. Come Scorpio season, you’ll feel dropped into your body, ready to work and release what’s built up inside. Until then, invest in new experiences to synthesize through travel, sexual experimentation, and spiritual expansion.

The home renovation continues, and begins to yield results. Libra season calls for an investment in what makes you feel safe, rooted, and in harmony, so that come the full moon in Aries in your tenth house of career and public roles on October 20, you’ll feel ready to answer any call. Scorpio season sets off a reawakening of romantic embodiment going into November. Spend Mercury retrograde affirming and asserting the terms of possible future engagement, so that you can feel in control when the suitors come calling.

Virgo season rebooted your self-worth. Libra, in your third house of self-expression, helps you verbalize these changes. Take the Mercury retrograde to revamp your daily routines and decide how much of yourself you have to offer in your work life. Spend the first half of the month negotiating and crystallizing your boundaries, so that they can endure the tests and trials of Scorpio season. Jupiter and Saturn go direct in your seventh house of relationships by October 18, activating new collaborations and partnerships. Work hard now to feel grounded, so that you can feel safe when things get more involved.

For most of the summer, Jupiter and Saturn have retrograded in your sixth house of work, boundaries and limits, making it difficult to keep a grip of what you have (or want) to offer in the big picture. This month starts with Mercury retrograde in your second house of earning, further compounding the confusion. But by October 18, all three planets will be back in direct action, and you’ll be ready to deploy a new attack plan. In the meantime, take stock not of what you can do, but of what you have. What makes you unique? Focus less on the giving, and more on the receiving. What do you need to feel secure, stable, and appreciated? Balance is your biggest work this season. Make sure your value carries some weight on the scales.

It is not selfish to affirm your individuality, to assert your worth, and to build something of your own. Over the past few years, you’ve uncovered abuses of power in your personal history, and worked to reroute yourself, and secure a new sense of home and foundation. How has this internal work stayed buried, while you’ve kept up a people-pleasing facade? As Mercury retrogrades in your sign until October 18, squaring Pluto in Capricorn, in your fourth house of origins and home, you have a chance to rewire your broadcast, and to catch up with what you’re offering with who you’ve become. Use the full moon in Aries in your seventh house of intimate partnership on October 20 to firmly state your new rules, and change the broadcast once and for all.

Before your official return to life, take in one last stroll through hell. While retrograding through your twelfth house of the subconscious, the buried, and the invisible, Mercury fulfills its original role as tour guide of the underworld. Libra season is your time to cultivate this interior, unseen world, to discover sources of power, repressed curiosities and other shades of self you wish to awaken from the depths. The full moon moon in Aries on October 20, in your sixth house of work, followed by the launch of Scorpio season, promises a spectacular comeback. After reacclimating to the world of the living, you’ll be in full possession of power when Mars enters Scorpio on October 30. Until then, decide which treasures you wish to bring back from your time in the shadows.

Venus enters Sagittarius on October 7th, bringing your originality and creativity to the forefront. As Jupiter and Saturn come out of retrograde in your third house of self-expression, you’ll find a sense of embodiment through daily acts of ritual and artistic expression. This is a time for sensation and experience, for furthering a sense of presence. But don’t confuse actions and feelings with some grand idea of a new life purpose. Nobody needs a rebrand announcement from you right now. Scorpio season promises a further download of data on your fears, traumas, and gifts. While the journey within gets underway, do what you can to feel stable and supported, above and below.

After a summer of ambivalence comes clarity, as Pluto and Saturn go direct in your domains of self-definition, self-worth, and earning. The grand plan is back in motion. Now that internal affairs have been brought to order, tend to your public messaging. With the sun, Mercury, and Mars in Libra, in your tenth house of career and public roles, you have to get clear about what you’re putting out in the world, how you want to be seen, and what’s coming back to you. If you feel that you’re being sold out of your self-worth, it’s on you to bring the marketing in line with the product.

The download has officially commenced, and by the middle of the month, you’ll be back in your body for the first time in months. By mid-month, Jupiter and Saturn go direct in your home sign, and Scorpio season awakens a drive in your house of career and public roles. Treat the Mercury retrograde as a final walkabout before your homecoming. Invest in any travel opportunities or chances to connect with your spiritual and artistic communities. Everyone’s about to want what you’ve got — better make sure you know you’ve got it.

It hasn’t been the easiest of summers, has it? Saturn and Jupiter, retrograding in your twelfth house of personal history and closure, have bound you up in a disembodied interregnum for a stint in an unfeeling purgatory. But as the two planets go direct in the middle of the month, and as Venus glides into Sagittarius in your tenth house of career and public roles, you’ll unlock new modes of creative release. In the weeks leading up to the big shift, you’ve got to work through Libra, in your eighth house of metamorphosis. Double down on your ego dissolution, face it and become its emissary, and you’ll feel fearless when the world opens up again.

NEXT UP
Astrology
Your February 2023 Horoscope Is A Breath Of Fresh Air
Astrology
How to Use Astrology to Access Past Lives
Astrology
Get To Know Aquarius, The Certified Freak Of The Zodiac
Astrology
January 2023’s New Moon In Aquarius Is All About The Big Picture
Style + Culture, delivered straight to your inbox.