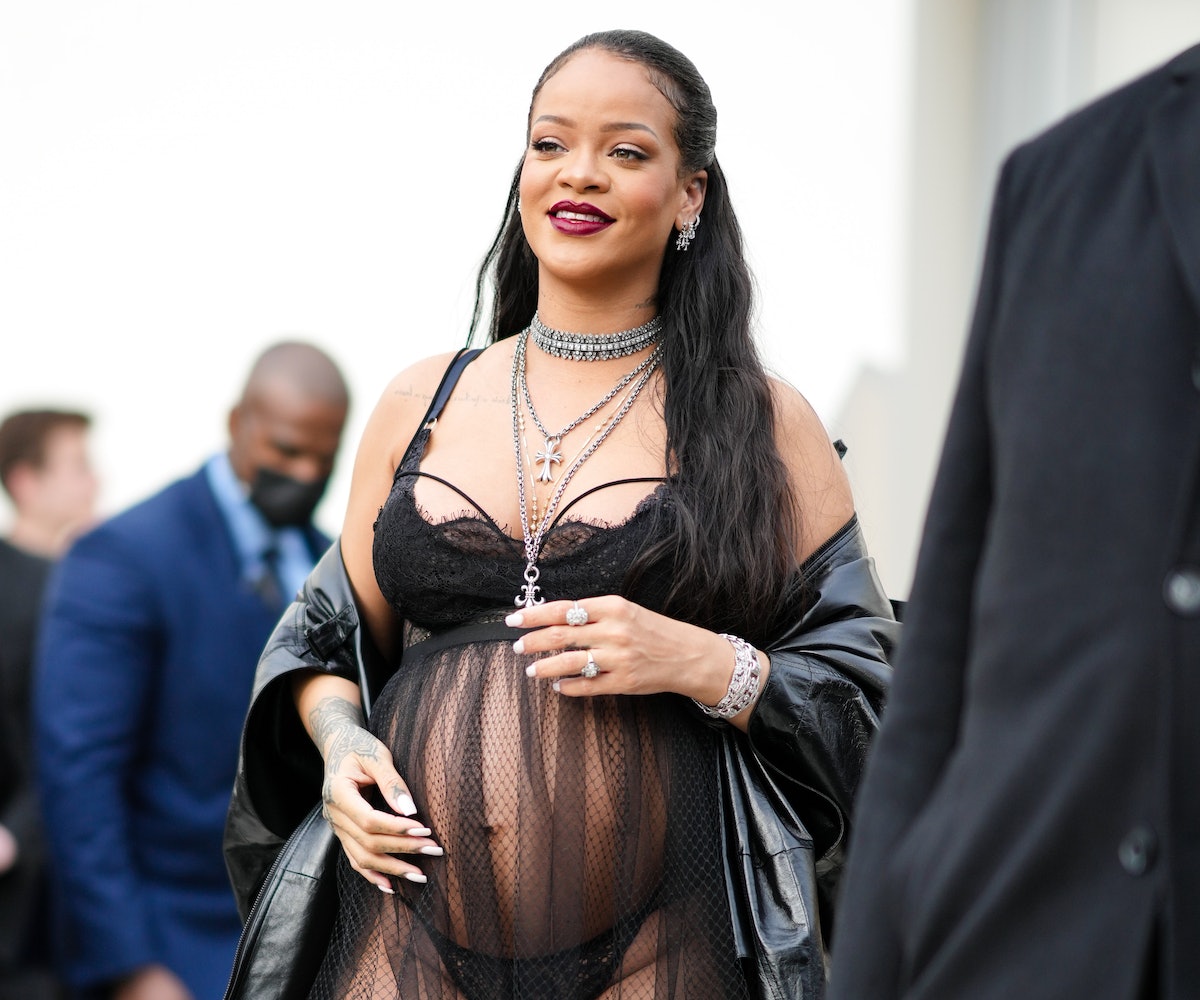 There’s so much to love about Robyn Rihanna Fenty; the woman knows how to make a hit, her makeup line is legitimately good, she can turn a look like no one else, she’s funny as hell, the list is miles long. But one of my personal favorites is how she’s a vocal fan of Bravo TV’s behemoth Real Housewives franchise. Rihanna is a scholar when it comes to the often wealthy and always dramatic women of Andy Cohen’s glittering empire — and now she’s even taking some motherhood guidance from them.

In an interview with Elle, the pop star chatted about how she is taking a page from Real Housewives of New Jersey heavyweight and fierce mother Teresa Giudice in regards to her future baby. Per Rihanna (and likely the great state of New Jersey) Giudice “does not play about her kids,” and she’s very much rocking the same energy.

“She will flatten you about those kids,” she elaborated. “And that resonates with me a lot because I feel like that's the type of mom I'm going to be. Psycho about it.” Giudice, whose fury once famously ended in a dramatic table flipping, should serve as a warning for anyone who dares step out of line against Rihanna’s offspring. “You talk about my kids, it's over,” she said.

This should come as no surprise to any true Rihanna fan, who knows the pop star is ready to body anyone, anytime, in person or online. Lest we forget her now legendary October 7 2012 tweet, “Every tongue that rises up against me shall fall!!!!!!” now includes her babies.

Rihanna announced that she was expecting her first child with boyfriend and rapper A$AP Rocky back in January, and has since been running around to events while wearing some of the best pregnancy looks of all time. Now in her third trimester, she admitted that although she makes being pregnant look breezy, the reality is anything but. “The face gets a little round and chubby. The nose starts to spread. Everything is a challenge, from getting dressed and how you're going to do your makeup,” she said. “But I like challenges. I like things that force me to be creative and create in new ways. And with beauty, there's so much that you can do.”