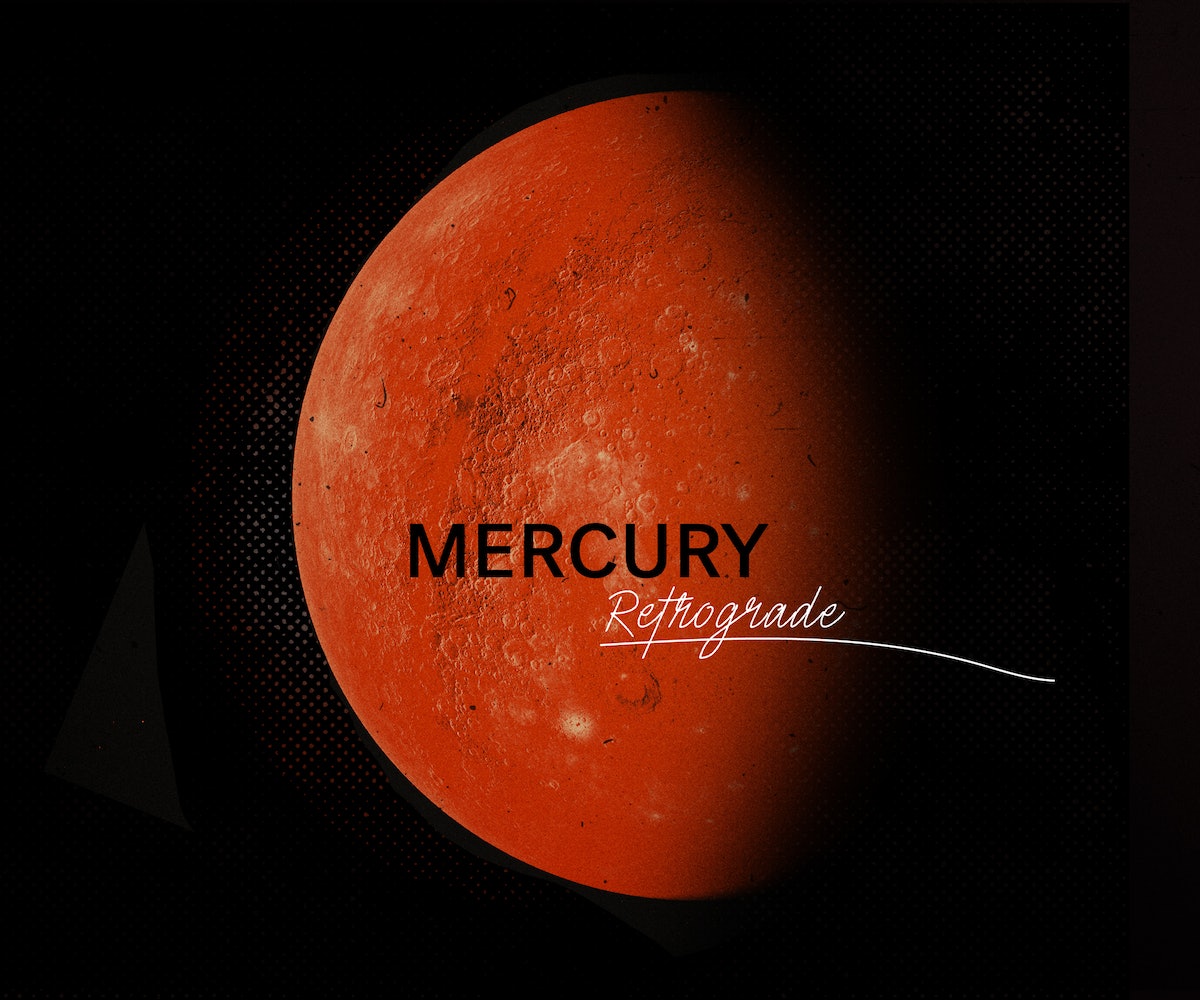 On Sept. 10, Mercury begins its third retrograde of the year, starting in Libra before continuing into Virgo on the 23rd, and not resuming direct course until Oct. 2. Count on stalls, lurches, miscommunications, backfires, and other flaws in the plan along the way. No two signs are more concerned with objective perfection than Libra and Virgo, making the trickster planet’s work that much easier — and your life that much harder. Here are the highs, lows, and chaotic breakthroughs to plan for this Mercury retrograde season.

In nearly all mythologies, Mercury takes the form of the god-made-man: the Buddha, Odin, or Christ figure who can walk among the masses. In Greek mythology, Mercury acted as the direct herald of the gods, bridging their abstract will with concrete reality. Astrologically, Mercury serves the same purpose. If the sun represents our individual experience, then Mercury, its closest orbiting planet, collects and synthesizes the influence of the other eight heavenly bodies for us to understand. Mercury is not just the planet of communication but of dissemination, connection, and material form. When its influence is thrown off course, the minute links which hold together our reality momentarily break apart, revealing the house of cards in which we live.

Enter Mercury retrograde, a phenomenon in which the Earth “catches up” to Mercury in their heliocentric orbit, producing the illusion you may experience when your subway car rides parallel to another. It’s as if one is falling behind, losing progress. Though five other planets are currently retrograde — Jupiter, Saturn, Uranus, Neptune, and Pluto — their farther orbit from the sun broadens the impact. But when Mercury, the fastest-orbiting planet, comes to a stall, you’ll know it. Count on lost emails, canceled flights, and general cracks in the foundation, all meant to make you pay attention.

This should be fun. Mercury retrogrades in Libra from Sept. 10 to 23. Libra is the sign of love perfected and ideals realized, of snatching what Lil’ Kim calls “the horse, the Porsche, and the farm.” Libra season launches the autumn season. It gets us in fighting shape before we return to school and face the savagery of socialization. It sets a goal and hits it. And so, when Mercury retrogrades in this sign, your fantasy of the “new you” is the first target: The dream you’re clinging to better have a Plan B. Consider Charlotte York’s second wedding, a series of catastrophes meant to shatter her WASP ideals and bring her down to reality.

You may have noticed that Mercury went retrograde in Libra last year. Indeed, 2021’s retrogrades all went down in the air signs — Aquarius, Gemini, and Libra — and 2022’s are hybrid editions, which go from air to earth. Air signs deal with the transmission of information and ideas: radio waves, Twitter dialogues, and one-on-one dynamics. As the human race recovers from the global crises of the past few years, these air sign retrogrades reveal where our communication has broken down and how to improve it. This final Libra edition zooms in on intimate relationships — friends, lovers, and collaborators. Libra can be ruthless when it comes to cutting out dead weight, but this retrograde will reveal how some endings are necessary for new connections to come into your life. Some relationships will end, some will be rebooted, and some will just begin. By the time of the Libra new moon, on Sept. 25, you’ll realize what this crisis cleared away, and who is meant to come through the door next.

2022’s hybrid retrogrades take us from the global conversation of the air signs to the more embodied domain of earth (Capricorn, Taurus, Virgo). When Mercury moves through earth signs, it hits our roots, foundations, bodies, and individual standards. Virgo is the sign of self-definition, of rigid boundaries and clear roles. Over Mercury’s retrograde through Virgo (Sept. 23 to Oct. 2), Jews will celebrate Rosh Hashanah, the new year, and prepare for Yom Kippur, the day of atonement, scrambling to purify themselves and set their records clear for the year to come. Virgo, the ultimate clean-freak, asks questions of how we are compromised or corrupted by others, and where we must take personal accountability for our impact.

Prepare for anything actionable in your life, which gives you a sense of ownership over your universe, to go into disarray. As your perfect little routine falls apart, you’ll have to surrender control to higher forces — be they gods or just a chaotic universe — so that you can focus on the big picture. Don’t try to save your hard drive when it melts or reschedule that meeting that somehow keeps falling through. Enjoy the silence. Peer through the gaps. Contemplate what you really care about.

Mercury is the quickest wit of the gods and has a penchant for mischief. As embodied by Loki and Bugs Bunny, the trickster archetype always exposes a flaw in the master plan, a hypocrisy in the heavens, an Achilles heel heretofore unmentioned. Whatever Mercury scrambles in your life was likely on the verge of unraveling. Observe what goes wrong. Take responsibility for what you’ve been hiding under the carpet. Be accountable. And learn to laugh along with the coyote.