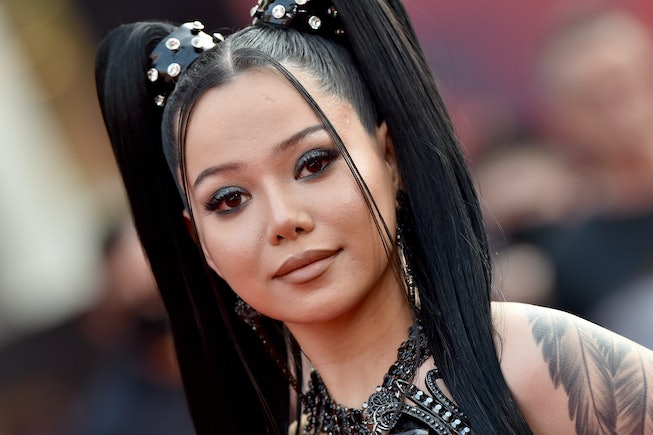 Whether you like it or not, the NFT marketplace isn’t going anywhere. And now, TikTok is getting in on the game by minting six “culturally significant” TikTok videos in the form of one-of-one NFTs for its TikTok Top Moments collection. The app has partnered up with creators and artists like Lil Nas X, Bella Poarch, and Grimes, and will be auctioning off each NFT project weekly throughout October.

Lil Nas X kicks it off on October 6 with a collaboration with artist Rudy Willingham. Meanwhile Grimes will be working on two TikTok NFTs: one with Brittany “Kombucha Girl” Broski, and another with TikTok favorite and rising pop star Bella Poarch. As a longtime champion for both tech and art, Grimes is already a seasoned blockchain artist, and has a $6 million NFT series of her digital avatar under her belt.

“Proceeds will largely go directly to the creators and NFT artists involved,” TikTok writes, but doesn’t specify the exact percentage amount, as noted by The Verge. While the majority of the earnings will go to the creators of the NFTs, the rest will go to Immutable X, the Layer-2 scaling solution which handles NFT trading for the set, as well as the Museum of the Moving Image. The Queens, New York museum will be hosting a TikTok exhibit displaying the six main pieces in the TikTok collection. TikTok itself will not benefit from any of the NFT sales, and noted that each weekly NFT drop will “be sold at accessible price points to ensure each creator’s audience can own a piece of their history.” Each “culturally significant” TikTok video will be available for purchase on Ethereum, which currently holds the title as the most popular blockchain for NFT purchases.

For the less tech savvy, NFT is short for “non-fungible token,” which are blockchain-based certificates of authenticity and the latest trend among celebrities. Everyone from supermodel Kate Moss and singer and premiere internet troll Doja Cat have dipped into the NFT market. Even Lindsay Lohan has gotten in on the art trend, releasing an NFT of herself as a furry person, or “fursona,” much to the confusion of the internet at large. She even managed to piss off the furry community, but then again, isn’t the point of art to evoke emotion, even if those emotions are complete and utter revulsion, bewilderment, or anger? It really makes you think!

NEXT UP
Culture
TikTok’s Top Artists & Songs Of 2022 Include Throwbacks & New Releases
The Art Issue 2022
True Life: My Partner Is Obsessed With NFTs
Culture
“Goblin Mode” Is The Word Of The Year
Culture
An Exhaustive Breakdown Of The Balenciaga Controversy