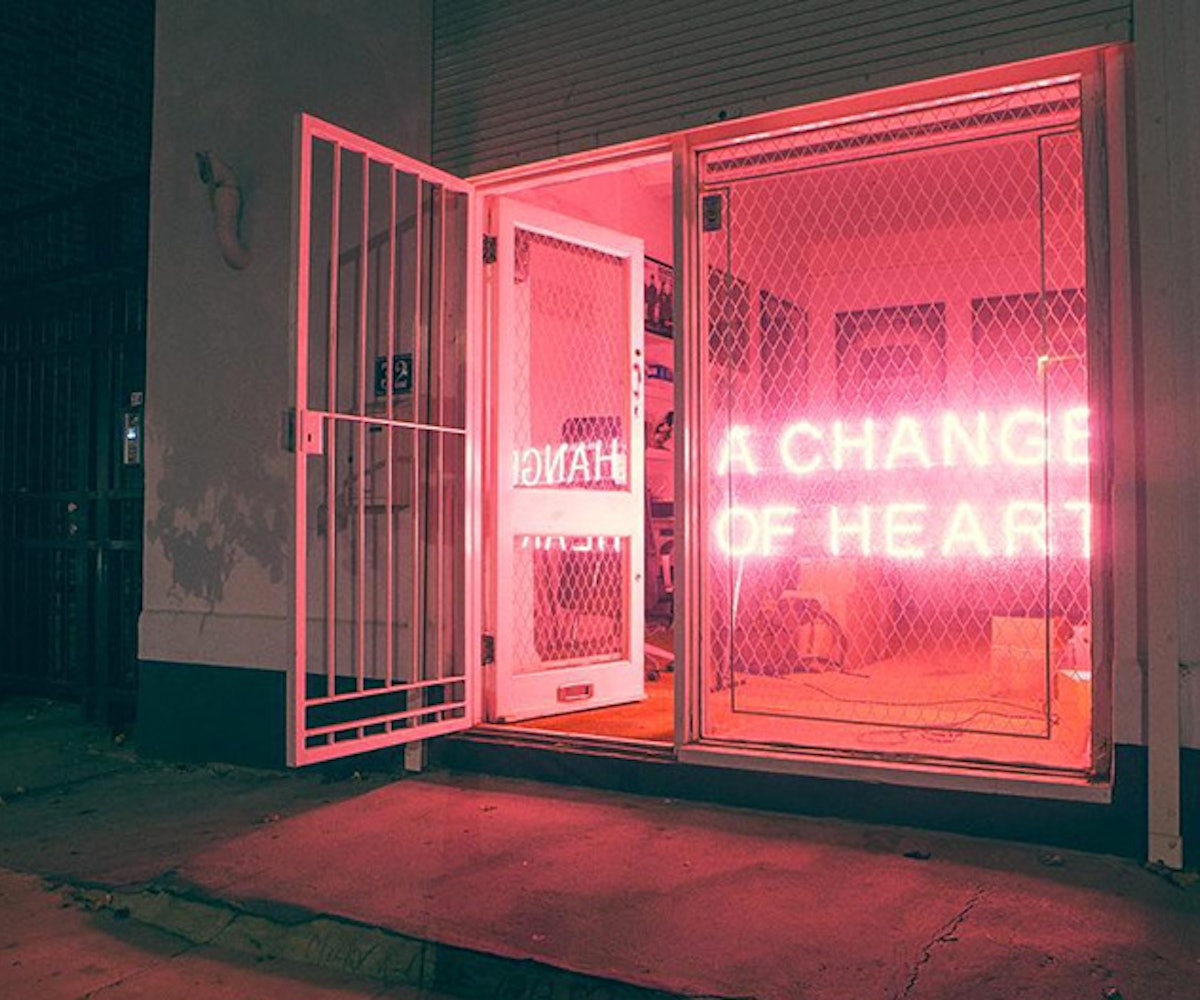 With just a few days left before The 1975 release their sophomore album, I Like It When You Sleep, for You Are So Beautiful Yet So Unaware of It, the boys dropped one final single. This marks the fifth song to be previewed—which sounds like a lot, but with a 17-song deep tracklist, we've barely heard the half of it. As per usual, Annie Mac debuted the song, "A Change of Heart," on BBC Radio 1. It's a deliciously simple, ambient ballad that finds lead singer Matt Healy dealing with a slowly collapsing relationship.

Speaking to Mac, George Daniel, the band's drummer, said, "It's by far the most important song on the record." Indeed, compared to songs like "UGH!," which details cocaine comedowns, and "Love Me," an ode to affected fame, "A Change of Heart" is less introspective and more outwardly reflective. It aligns with "The Sound" and "Somebody Else," but even those get lost in Healy's self-pity and neuroses. This song, however, is the equivalent of a "hands up" moment in a relationship: things changed, people grow, and suddenly your significant other isn't so significant anymore. There are lyrics that harp back to songs off their debut ("Robbers," "The City," and "Sex") and carry the weight of a vapid complacency. That, and as Healy told Mac, "three notes and truth."

Listen to it here.

I Like It When You Sleep, for You Are So Beautiful Yet So Unaware of It drops Friday, February 26.