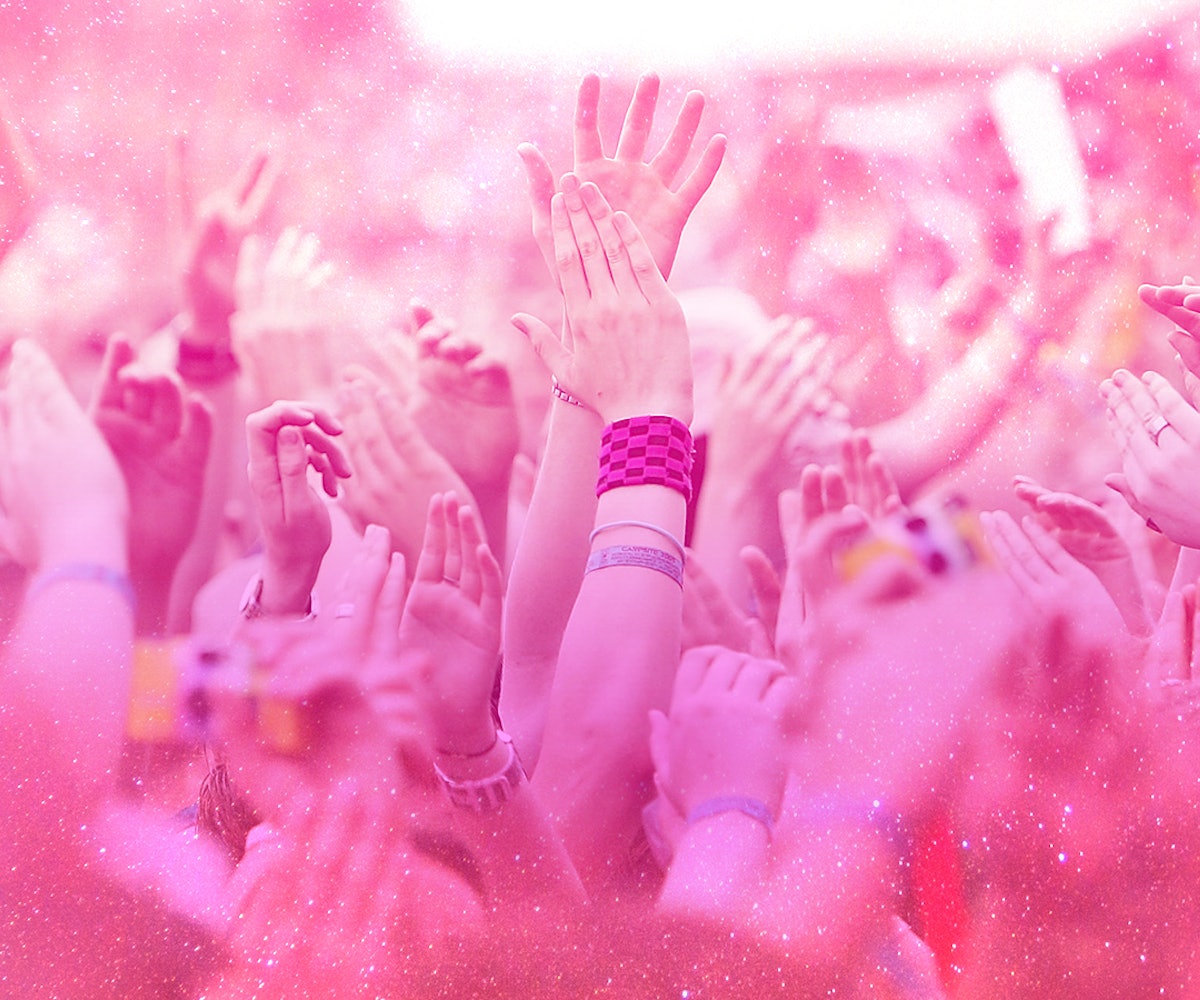 Our safe spaces are under attack. The places we turn to for escape and entertainment have become targets for violence, intimidation, and terror. The bombing outside Ariana Grande's Manchester concert that killed 22 people and injured 119 is the latest in a steady stream of terror attacks. Last year, Pulse nightclub in Orlando, Florida, became the scene of the deadliest mass shooting in American history with 49 mostly LGBTQIA-identified people's lives taken. In November 2015, a terror attack in Paris killed 139 people, 89 of whom were inside the Bataclan, a concert venue in the city's 11th arrondissement. The spaces we've come to believe are safe, are not so—no matter how beefed-up security may be. But in spite of all that, there is safety to be found in the crowds of revelers, concert-goers, and clubbers. There is resilience to be found in the resistance of fear.

We need to reaffirm the sanctity of concert venues and clubs. They are spaces that foster human connection and, despite the physical divide between audience and artist, help break the fourth wall between the two. "Everybody has a spirit inside of them that’s not connected to any religion," Sir the Baptist tells me, "and I spend most of my time writing my lyrics specifically to connect with that part of the human being in a live setting." Live shows create a distraction from whatever it is that's going on outside the walls they take place in. They're transcendent, ephemeral, and extraordinarily special. They are moments designed to get lost in through tuning into the people around you, their energy and humanity.

"What's the point of existing without connection?" MUNA's Katie Gavin asks. "Because that's all we have when everything else goes. You have those experiences. You have those relationships." Speaking from experience, I can confirm the safe space a MUNA show is. Like their anthemic song "I Know A Place," they bring a positive energy that vibrates through an entire venue because their audience is vibrating along with it. "We want to provide for them," Josette Maskin, MUNA's guitarist, says. And they, like many artists, do so with humility and unabashed glee.

Of course, the fear of going out is real. We can't ignore that, and there is no shame to be had in not going out to a show. I confess that I decided to stay home from a show on the night of the Paris attack. The news was still fresh; New York City has been a target before; who's to say what could have happened? The internal struggle, the back and forth I went through that evening was visceral and, frankly, upsetting to me. I felt like a light of mine had dimmed, the joy I felt at live shows had a different weight; it felt heavy. That has since changed. Seeing my favorite artists continue to perform and reaffirm the sacredness of live performance spaces has been inspiring, to say the least. The weekend after the Pulse massacre, I joined my LGBTQIA brothers, sisters, and non-conforming peers at the club where the party hosts reminded the crowd how vital it is we keep going out because going out isn't just about experiencing a show, it's about experiencing one another. "The happening of it all," as DREAM WIFE's Bella Podpadec tells me, is reason enough to persevere.

There are forces that want to divide us, but that will only happen if we allow them to. Championing live music and the venues that play host is both an act of protest and community support. Come together, shout, sing along, jump, cry, escape, kiss, hug, cherish, and protect. That's the pulse that breathes life into live shows, and the armor that upholds our search for safe places. Take pride in them and remember to dance.