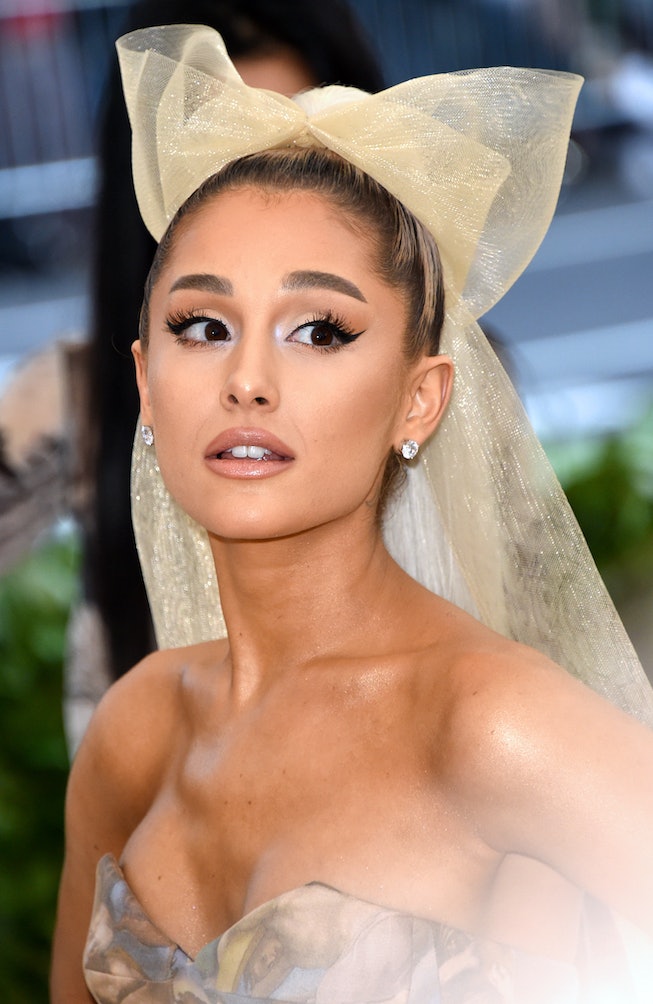 Photo by John Shearer/Getty Images for The Hollywood Reporter

After channeling '60s-inspired glam for her sixth studio album, Positions, Grande debuted her latest look via Instagram on Wednesday, November 11. The photograph features her long brunette hair pulled into a half ponytail, and she added two long curtain bangs to the style. The ends of her hair, including her new bangs, were slightly curled.

She paired the hairstyle with a nude pink lip, defined, thick brows, and long lashes. "Yes for the bayangs," @ponyy_boyy wrote of the photo, while fans wrote, "YOU LOOK GORGEOUS" and "Omg this hair."

It appears as if the style might be for an upcoming music video. The caption alludes to her song "34 + 35," and the background of the photo features what looks to be a set, complete with a lighted vanity mirror.

Grande offered no further confirmation on whether the look was for anything related to the recent release of AG6, but hairstylist Josh Liu did confirm that he created the style. Sharing the photo in his Instagram Story, he also credited John Lunsford with assisting him, and noted that Michael Anthony did the makeup. The two had previously collaborated on styling for Grande's "Positions" music video.

Before Grande decided to become a walking billboard for bangs, she had tried out some other new styles, including pigtails and a moment with her natural curls.

NEXT UP
Beauty
Emrata’s French-Girl Fringe At Cannes Will Make You Want Summer Bangs
Beauty
Leave it To Miley Cyrus To Bring Back 2000s Side Bangs
Beauty
Meet Matthew Newman, The Hairstylist Behind the Latest Viral TikTok Blowout Tutorial
Beauty
The 2022 Billboard Music Awards Brought Out The Best of Rockstar Beauty