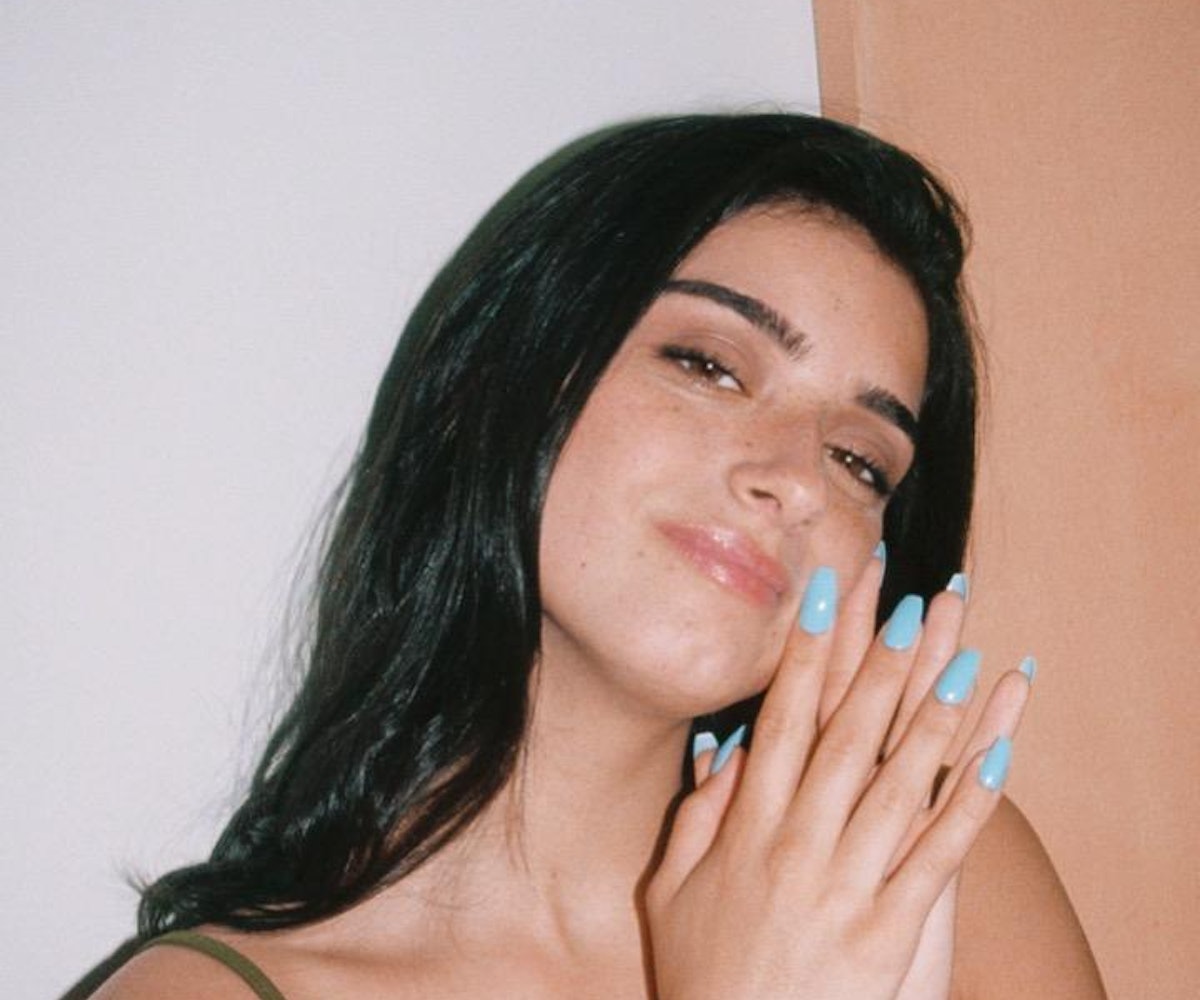 Dixie D'Amelio made a major hair change, and naturally, her TikTok followers were among the first to see the results The newly named face of Morphe 2 decided to dye her hair silver.

Formerly a brunette, the latest NYLON It Girl has gone with a shade of darker platinum silver. She captured the before and after for TikTok, beginning the video with her dark hair pulled up. Seconds later, synchronized with the music's transition, she unveils her new silvery-hued locks.

Although much of her hair is now silver, it does appear as if her roots are still darker in shade. She definitely lost some of her previous hair length, showing off a style on Snapchat that ended a bit below her shoulders. The TikTok star hasn't yet revealed whether the change in hair color has anything to do with the upcoming Halloween season, but only three days prior, she was spotted with waist-length wavy extensions.

She announced the results of her dye job on Twitter, tweeting, "my hair is silver." Despite the public announcement, her sister, Charli, still acted surprised by the change, sharing a photograph of Dixie on Instagram with the caption, "Dixie dyed her hair silver?"

This change in hair color arrives during a major year in beauty for the young TikTok star. Along with starring in a recent Dermalogica campaign aimed at spreading a message of skin positivity, she created a collaborative nail polish collection with her sister, and gave her stamp of approval to the floating eyeliner trend.