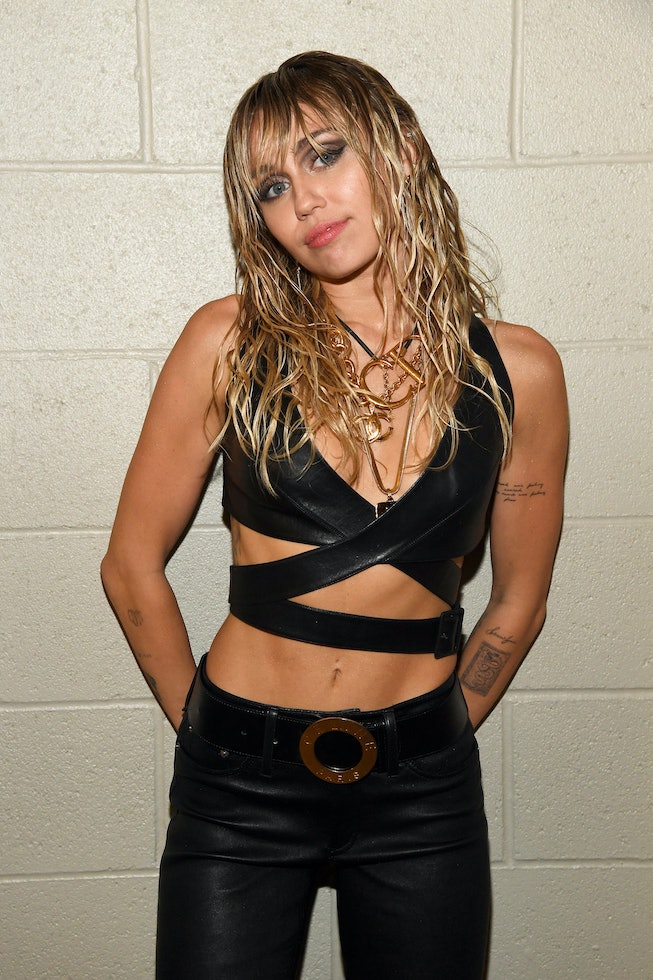 Never one to fully settle on a hairstyle, Miley Cyrus has gone from pixie mullet to mohawk. After previously letting her mom cut her hair, Cyrus apparently might have acted as her own stylist, giving Cody Simpson and herself a set of matching mohawks.

This latest trim, which comes after Cyrus debuted a mullet-like style that fans likened to Joe Exotic of Tiger King, made its Instagram Story debut on Tuesday, May 26. Posing for a photo with Simpson, Cyrus showed off her much shorter hair, which was buzzed into a shaggy mohawk.

In the photo, Cyrus appeared ready to give Simpson the same style, as she held a razor in her hand. "Matching Mohawks @codysimpson," she captioned the Story post.

For those just joining the Cyrus quarantine hair journey, Tuesday's shave was not the first time the former Disney Channel star was responsible for cutting Simpson's hair. Near the beginning of April, Simpson had decided to shave his head, and at the time, Cyrus stepped in as a stylist, appearing in an Instagram video that captured the buzz. She followed the trim up with a MUA moment, giving Simpson a glam makeover that included red lips and a hint of sparkle.

There's no telling how long Cyrus will keep the mohawk, as just days prior, she joined her mom on a Zoom call with hairstylist Sally Hershberger. At the time, Hershberger led the pair in cutting Cyrus's hair into a pixie mullet. In an interview with People, Hershberger revealed that Cyrus had previously sought her virtual services before, calling on her after a botched bangs attempt.

See the latest Cyrus style for yourself, below.