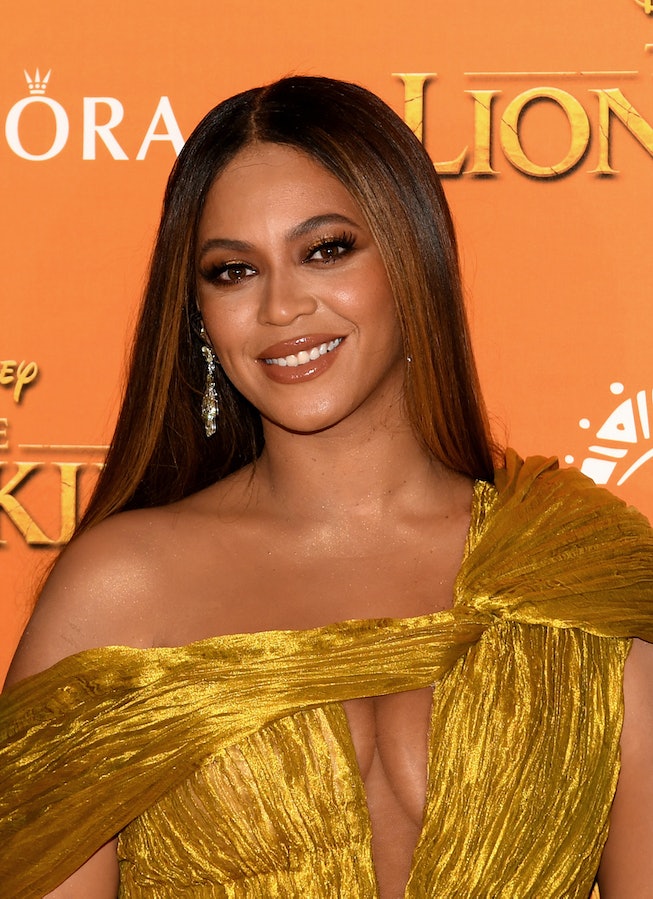 When she’s on stage, Beyoncé commands the full attention of her dedicated BeyHive. But when the global pop superstar is at home, it's a different kind of beehive that receives her attention. According to a recent interview from her internet-busting British Vogue cover, the Queen Bey presides over two living, breathing beehives at home. Which, in a way, makes her both Queen Bey and Queen Bee?

Across a sprawling conversation that included discussions about her family life and her Christmas plans, perhaps the most attention-grabbing reveal was that Beyoncé, an internationally renowned A-List star, is also the proud owner of not one, but two beehives. "I know it’s random, but I have two beehives," she told British Vogue editor-in-chief Edward Enninful when asked to share a detail about her life that he would find surprising. "Real ones. I’ve had them at my house for a while now. I have around 80,000 bees and we make hundreds of jars of honey a year."

But the best part was yet to come. While some may immediately jump to the conclusion that Beyoncé procured the hives as some sort of homage to herself and her adoring fanbase, the real reason she did so was much more charming. "I started the beehives because my daughters, Blue and Rumi, both have terrible allergies," she admitted, "and honey has countless healing properties."

Of course, my immediate thought was: How does Beyoncé even find the time to look after 80,000 bees? After all, she's easily one of the hardest-working, most-booked artists of our generation already. Even she seems to think so, judging by a quick recap of her past half-decade that she gave Enninful. "I released Lemonade during the Formation World Tour, gave birth to twins, performed at Coachella, directed Homecoming, went on another world tour with Jay, then Black Is King, all back to back," she told him while talking about how the pandemic has helped her find the value in giving herself time off to relax and regroup. "It’s been heavy and hectic. I’ve spent a lot of time focusing on building my legacy and representing my culture the best way I know how. Now, I’ve decided to give myself permission to focus on my joy."

Other parts of the expansive interview with British Vogue included discussions about her sportswear brand Ivy Park, her gorgeous star-studded music film Black Is King, the activist work she's done during the COVID-19 pandemic, her evolving perspectives on motherhood and parenting, and why she's dedicated to fostering young Black talent — not just from America, but globally. You can read the interview in its entirety here.