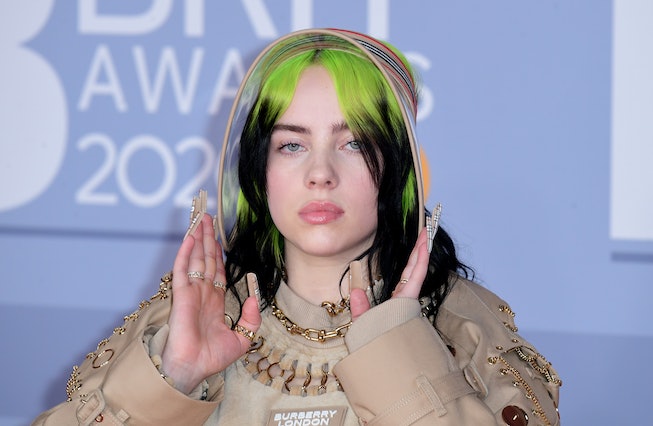 With a chart-topping album, multiple chart-topping singles, sold-out world tours, a critically-acclaimed James Bond theme song, and four Grammy Awards (all received on the same night), Billie Eilish has already proven herself to be one of the biggest pop singers of our generation, if not all-time. Now, the 19-year-old is ready to continue her dominance with the only logical next step: a book that looks back on her life. But not just any book — Billie Eilish is releasing a photo book, featuring pictures that track the young talent from her childhood all the way up to her very public present as a world-renowned pop star.

"I spent many hours over many months pouring through my family albums and archives, handpicking all of the photos in this book. I hope you love it as much as I do," Eilish said about the upcoming release, which will also come with an accompanying audiobook featuring personal stories to provide context for some of the featured photos.

The self-titled photo book, via Hachette Book Group, has already been christened "a must-have for every fan." Described as a "stunning visual narrative journey through her life," Billie Eilish will include "hundreds of never-before-seen photos" and "will capture the essence of Billie inside and out" by "offering readers personal glimpses into her childhood, her life on tour, and more."

The accompanying audiobook, meanwhile, will include "exclusive, unique content in which Billie reflects on her life." In addition to "never-before-told stories and recollections from her personal life and career, from the early years to her breakout success," the standalone audiobook will also feature "memories shared by her parents" to "provide a truly intimate window into her journey, in Billie’s own words."

Billie Eilish comes out on May 11th. You can preorder the book here starting today.