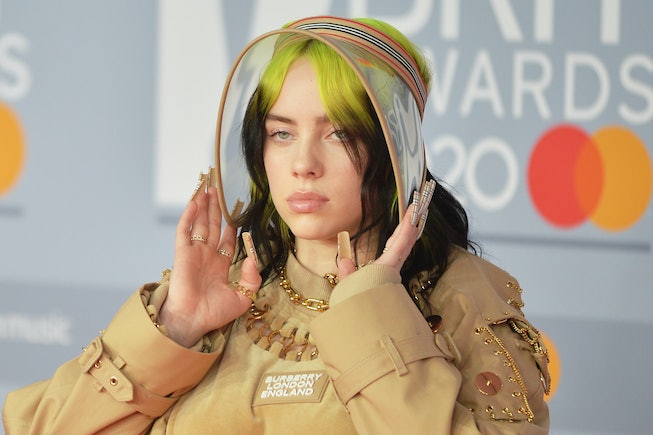 After the atypical intimacy that was the first of an eventual two Euphoria "bridge episodes" found lead character Rue (the Emmy-winning Zendaya, who will next appear in Netflix's Oscar-bait Malcolm & Marie) reckoning with her addiction after succumbing to a relapse in the first season's finale, viewers are rightfully excited for the upcoming second installment. Reorienting focus away from Rue and towards her sometimes fling Jules (the fashion superstar and first-time actress Hunter Schafer), the second episode, playfully titled "Fuck Anyone Who’s Not A Sea Blob," will "follow Jules over the Christmas holiday as she reflects on the year," according to an HBO press release.

If that wasn't enough to get you pacing with anticipation, viewers now have even more of a reason to get excited about the upcoming episode, as it has been revealed that the latest installment will also feature a new song by Billie Eilish featuring none other than ROSALÍA.

Titled "Lo Vas A Olvidar," which translates to "you will forget it" in English, the new song comes as a surprise for many. Of course, Eilish is no stranger to the neon-soaked world created by Sam Levinson — her popular When We All Fall Asleep, Where Do We Go? track "you should see me in a crown" featured prominently in the season's fifth episode. Coincidentally, ROSALÍA's El Mal Querer track "Malamente (Cap.1: Augurio)" featured in that exact same episode. In that sense, the pairing between the two — and the fact that they were recruited together to record an original track for the show — makes perfect sense. And aren't we lucky to see these worlds collide?

For now, there is no word on how the song will play into the upcoming episode. But if Rue's scaled-back bridge episode is anything to go by, the song will soundtrack a very sensitive, emotional scene for Jules' character. (For those who don't remember, Rue's episode heavily featured Moses Sumney's gorgeous "Me In 20 Years," which Jules sent to Rue in an I miss you text as Rue sat alone in a diner, waiting for Colman Domingo's Ali to finish a phone call outside.)

Check out an Instagram preview of the upcoming track below, courtesy of Billie Eilish.