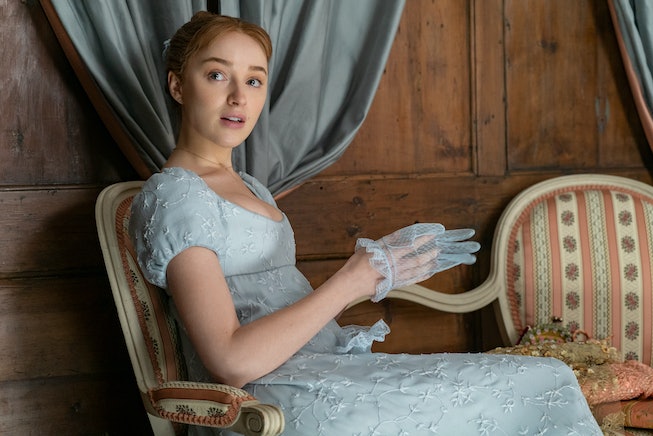 I’m still crying about the news that SAG-nominated heartthrob Regé-Jean Page won’t be returning for the highly anticipated second season of Bridgerton. But over at Netflix, the powers that be are still betting big on their endlessly entertaining breakout series. With the second season still months away from premiering, the streamer has made the surprising decision to renew the Regency-era hit for not one but two additional seasons — guaranteeing that fans will get to enjoy more stories about the central Bridgerton clan through at least season four.

As usual, the announcement came from the pen of Lady Whistledown herself, who posted a note on fancy letterhead to the official Bridgerton Twitter account. Addressed to the “Esteemed members of the Ton,” Whistledown noted, “It seems we have a rather special announcement. Bridgerton shall return for seasons three and four.” She wittily signed off with, “This author shall have to purchase more ink...”

Given Netflix’s notorious tendency to cancel good shows way before their time (justice for American Vandal and One Day at a Time, and thank god Adult Swim saved Tuca & Bertie), their premature renewal of Bridgerton would be shocking if not for the show’s already proven popularity. When it premiered, the series quickly became the streamer’s biggest hit to date, netting an audience of more than 82 million households around the world. Bridgerton’s early renewal follows similar ones made for popular shows like Big Mouth (which was renewed for three seasons at once in 2019) and Élite (which was renewed for season 5 four months before its season four premiere).

“From the first time I read Julia Quinn’s delicious Bridgerton series, I knew these were stories that would captivate a viewing audience,” executive producer Shonda Rhimes said in a recent statement. “This two-season pickup is a strong vote of confidence in our work and I feel incredibly grateful to have partners as collaborative and creative as Netflix.”

Bela Bajaria, Netflix’s Head of Global TV, echoed these sentiments, adding, “Bridgerton swept us off our feet. The creative team, led by Shonda, knew the material and delivered a beautiful, emotional, romantic drama for our members. They have some exciting plans for the future, and we think audiences will continue to swoon for this show. We’re planning to be in the Bridgerton business for a long time to come.”

Season two of the hit show is set to focus on Anthony Bridgerton (Broadchurch’s Jonathan Bailey) in his quest to find a suitable partner. Much as season one followed the events of the first Bridgerton novel, The Duke & I, season two will pick up with the second book in the series, The Viscount Who Loved Me. Sex Education standout Simone Ashley has already been cast as Anthony’s love interest, Kate Sharma, “a smart, headstrong young woman who suffers no fools.” Alex Rider’s Charithra Chandran will also join the cast as Kate’s younger sister, Edwina, while Merlin’s Rupert Young will play Jack, “the newest member of the Ton with a connection to one of its most notable families.”

In a recent interview with Vanity Fair, Shonda Rhimes and her Shondaland producing partner Betsy Beers opened up about their surprise hit show. Amongst other things, Rhimes spoke about the key differences between creating a series for a streaming service like Netflix versus for a network like ABC. “What was cool that we could do on Netflix is tell a closed-ended tale. Here's this season; here's a fully formed romance,” she said. “[On network] you have to take that romance and stretch it out for as many seasons as you possibly can, and keep coming up with reasons why they're having a new conflict.”

NEXT UP
Culture
Phoebe Dynevor Will Not Return for Bridgerton Season 3
Culture
Netflix Is Seriously Cracking Down On Sharing Passwords
Culture
6 Shows To Binge Once You've Finished 'The White Lotus'
A Night Out
A Night Out With Rachel Bilson
Style + Culture, delivered straight to your inbox.