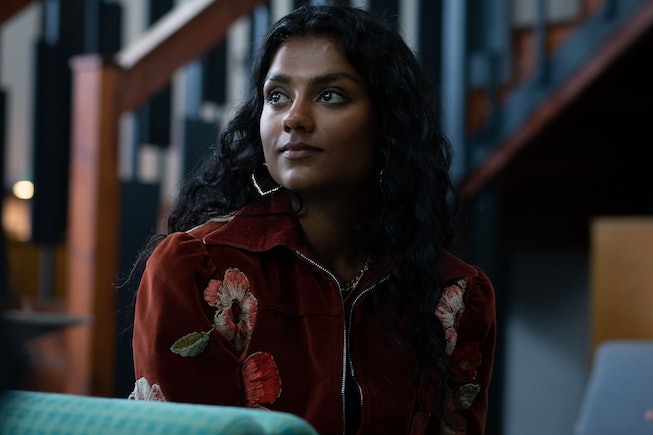 It’s been less than two months since Bridgerton took the world by storm, but it already feels like we’re long overdue for the continuation of this fascinating period story of horny Regency era teenagers behaving badly. Luckily, Netflix renewed the show for a second season, delighting fans across the globe. And now, we have the first news about what to expect. After confirming that the sophomore outing would predictably follow the plot of the second novel in Julia Quinn’s beloved series — The Viscount Who Loved Me, which switches the focus over to eldest son Anthony Bridgerton (Jonathan Bailey) in his quest to find a suitable wife — Netflix has now announced the casting of his new love interest: none other than Sex Education scene-stealer Simone Ashley.

The exciting news came via a tweet from the official Netflix account. “Get ready to fall in love with Simone Ashley, who will play Kate in Season 2 of Bridgerton,” it read. Netflix also provided a short description for the new character, adding, “Kate is a smart, headstrong young woman who suffers no fools — Anthony Bridgerton very much included,” implying that this latest love interest for Anthony, who notably spent the entire first season avoiding real love at all costs, will prove a worthy match for the eldest Bridgerton son (much as eldest daughter Daphne proved a worthy match for the similarly love-resistant Duke of Hastings, Simon Basset).

Never one to miss an opportunity for scandalous hearsay, Lady Whistledown quickly chimed in with her own two-cents. Tweeting from the official Bridgerton Netflix account, the tuned-in (and, to the audience, recently unmasked) columnist quote-tweeted with the addition, “Quite the juicy bit of gossip, dear readers... This author is certainly looking forward to many a column covering Miss Kate Sharma.” She signed off her note using her signature bee. (Naturally, I read the entire thing in Julie Andrews’ voice.)

Simone Ashley’s addition to the sprawling Bridgerton cast not only continues Shonda Rhimes’ penchant for diverse pairings, giving the spotlight over to yet another interracial couple at the show's center, but it also continues Netflix’s “all-in-the-family” ethos. For several years, the British dramedy Sex Education has been one of the streaming service’s biggest success stories — a critically-acclaimed hit that was just as beloved by its intended teen audience as it was by adults. In this way, there’s no real surprise that Netflix tapped one of its lesser players (who undeniably still made a huge impression) to head up its latest hit.

Now, if only we can get a release date...