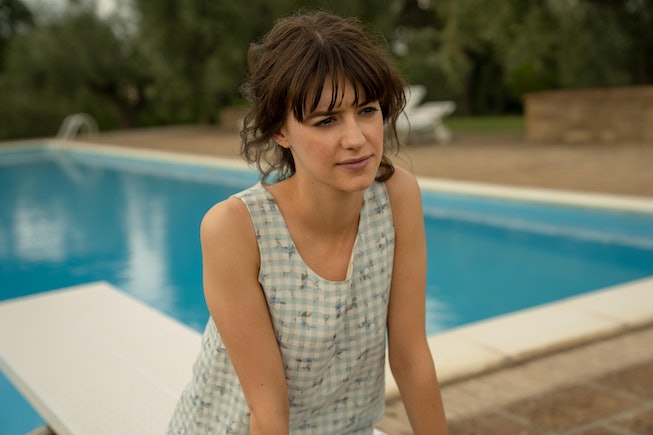 It's no secret that Normal People is one of the most talked-about TV series of the moment. After Tiger King dominated the conversation for weeks, the Hulu and BBC adaptation of Sally Rooney's bestselling novel swooped in to become the new name on everybody's lips — whether they were talking about Daisy Edgar-Jones' breakout performance as Marianne, Connell's fan-favorite silver chain necklace, or all those incredibly intimate sex scenes. The twelve-episode series was an unexpected hit for all involved, and now the talented team behind it has shared an update on their next collaborative project: an adaptation of Sally Rooney's other bestselling novel, Conversations With Friends.

In a recent Hollywood Reporter feature, Normal People executive producer Ed Guiney and director Lenny Abrahamson shared some updates about what they've been working on during quarantine. Before anything, the pair made one thing clear: there are no existing plans for a second season of Normal People. "We're not thinking about a second season at the moment. Maybe in the future at some point in time," Guiney told THR. Though the series has garnered both viewer and critical acclaim — making it an ideal option for renewal — both Guiney and Abrahamson feel they've done their due diligence for this particular story by exhausting all the plotlines from Rooney's book. As they said, "It feels like we told a very complete story about these characters' lives, and so it's not something we're moving to do."

Besides, why try to stretch out an old story when you can make a new one from a different novel that covers many of the same themes?

Of course, this isn't to imply that Conversations With Friends is a complete retread. Featuring new characters and a completely new storyline, the novel follows two pairings — one, a well-off married couple, and the other, two college-aged best friends — as their worlds intertwine and unravel after one of the friends dives into a secret affair with the husband. Speaking about their progress on this latest adaptation, Guiney told THR, "The same team are adapting Conversations With Friends, which is Sally's first book. Obviously [it] is a cousin of Normal People in a way, but it's also quite different. We're actively developing that and Lenny's going to direct the opening episodes of that again, and that's very exciting and a lovely thing to be working on during the lockdown."

As of now, there is still no word on who will star in Conversations With Friends, which will once again be produced by BBC.