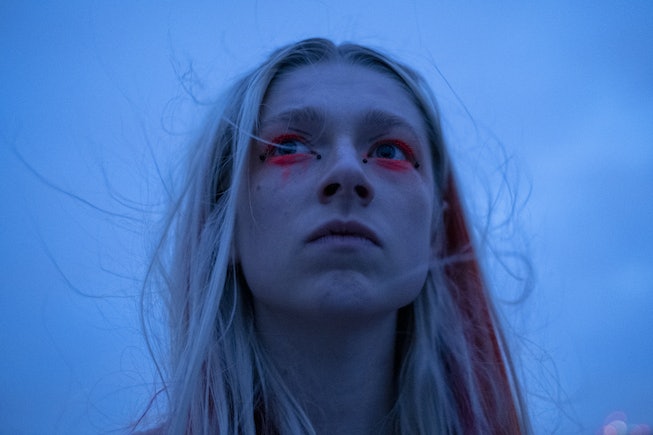 Last Friday, HBO, Zendaya, and Sam Levinson surprised fans of Euphoria by dropping the first of its two "bridge episodes" a little bit earlier than expected. The special episode marked a huge departure from the often frenetic energy of most Euphoria installments — largely centering on an incisive conversation about the perils of addiction between main character Rue (Zendaya) and her quasi-sponsor Ali (Colman Domingo) — and it left many wondering where the show could possibly go next. Luckily, eager viewers won't have to wait much longer to find out, as HBO has announced the premiere date for the second bonus episode — and it's coming very soon. (January 24th, to be exact.)

Playfully titled "F*ck Anyone Who's Not A Sea Blob," this second bridge episode was also directed by Sam Levinson. But instead of revolving around Rue, "Part 2" will focus on Jules, Rue's quasi-girlfriend, played by the breakout first-time actress Hunter Schafer. According to HBO, the special episode "follows Jules over the Christmas holiday as she reflects on the year." In other words, it will be a nice companion piece to Rue's special episode, which also followed her over the Christmas holiday — albeit while she was in a much darker place.

But the best part of all this is not just that we're getting a Jules-centric episode. No, the best part is that Hunter Schafer, at only 20-years-old, will be getting her first writing credit as a co-writer for the episode. For what it's worth, the rising star is also credited as a co-executive producer. We simply love to see it.