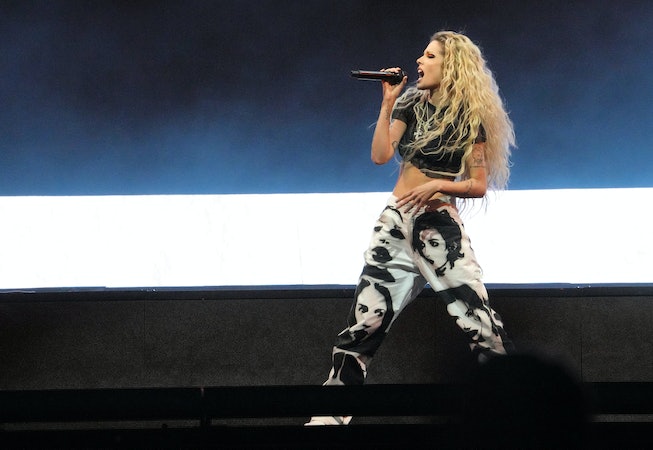 While record labels have been allegedly holding singles hostage while pushing artists to make more TikToks, Kate Bush has been experiencing the level of virality executives can only dream of. Her 1985 song “Running Up That Hill (Deal With God)” has had a major resurgence thanks to its use in Season 4 of Stranger Things — racking up millions of streams and cracking the Billboard Top 10 for the first time since it was released. The haunting song has been covered by many artists over the years, and now Halsey’s given it their own take.

During her headlining set at Governors Ball, Halsey sang her own version of “Running Up That Hill,” matching Bush’s soaring, warbling vocals and getting the crowd to sing along with her. “I’m sorry guys, I just had to do it!” she said to the crowd at the New York festival.

Halsey’s currently on their Love And Power Tour, with special guests Beabadoobee, PinkPantheress, The Marias, Abby Roberts and Wolf Alice.

Check out footage of her “Running Up That Hill” cover, below: