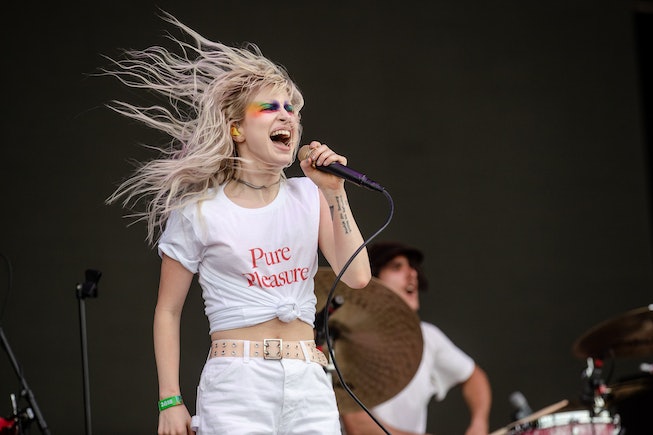 Yes, I’ve been bopping to Petals for Armor and its followup, FLOWERS for VASES / descansos, since they were released in 2020 and 2021. Yes, I’ve still been craving new Paramore music. We exist.

Lucky for us, it won’t be long until we can truly have it all. According to the band’s lead singer Hayley Williams, a new Paramore album is on the way and set for a 2022 release. It will be the band’s first new music since releasing their smash-hit After Laughter all the way back in 2017.

Williams teased the comeback in a newsletter sent to her fans over the weekend. “Before I go, thank y’all so much for the incredible support these last couple years,” the singer wrote towards the end of her note. She then mourned the way the pandemic affected her plans for her solo material, saying, “I know we didn’t get to properly come together to sing and vent and sweat it all out...but I do think that Petals and descansos lived exactly the lives they were meant to.”

But she saved the best for last. “Besides,” she wrote, “Paramore can’t be ‘on a break’ forever now can we?” In the newsletter’s final signoff, she teased, “I love y’all. See you sometime next year?”

Real fans will remember when the band went on an indefinite hiatus in 2018, around the same time they were wrapping up their tour for After Laughter. The following year, the band confirmed that they had no concrete plans to start recording new music together and referred to the time they had been spending away from the spotlight as “a really nice break.” “After grinding away for nearly 15 years,” they wrote in an Instagram post, “it’s so good to have a moment to just ‘be.’” (In NYLON’s 2020 cover story on Williams, the singer, speaking about this time, said, “I hit this new level where I kind of was like, ‘Sh*t, I thought I had everything figured out.’ And I found myself back in the most intense therapy I've ever been in.”)

But things began to look up for Paramore fans earlier this year, when Williams, responding to a fan on Twitter, revealed that she was ready to make new music with her longtime bandmates again. After being asked whether or not she had written any songs that didn’t end up on her then-new album FLOWERS for VASES, Williams replied, “There are more songs, yeah. but I'm not planning on another solo album. and I'm not sure if they'd be great for Paramore. I'm ready for the next Paramore album. let's go.”

Still, until now, there was no real word on when we could actually expect that “next Paramore album” to materialize. (It didn’t help when Williams quit social media last month to set some personal boundaries.) The singer’s latest newsletter reveal is the closest thing we have to a release date, so “sometime next year” will have to do. 2022 is already shaping up to be quite sweet.