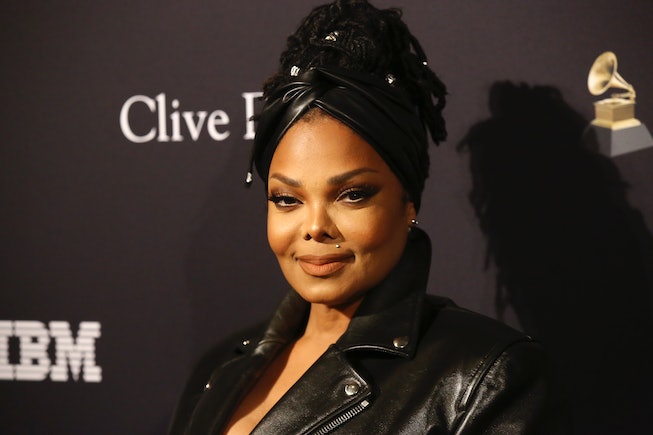 With almost two decades separating now from the moment, in 2004, when a sliver of a second of exposed breast on primetime television nearly derailed her career, one might assume that Janet Jackson would finally be ready to revisit the incident that has still prevented her from achieving the same level of fame she had reached before it all happened. But that would be a solid reminder about the dangers of assumption since, according to recent reports, Jackson is not interested in discussing the matter at this point. And when it comes to Malfunction: The Dressing Down of Janet Jackson, Hulu and the New York Times’ recent documentary about the infamously catastrophic Pepsi Super Bowl Halftime show of 2004, Jackson wants no part.

Speaking to Page Six, Wayne Scot Lukas, the stylist behind Jackson’s now infamous Super Bowl look (seriously — put it in the MoMA), said, “[Janet] wants that documentary to go away.” Apparently, the pop star was not particularly impressed by the impact Framing Britney Spears, an earlier entry in the ongoing New York Times Presents... series, had on the ‘Free Britney’ movement. “She didn’t ask for a ‘Free Janet’ documentary,” Lukas continued. “She’s not interested.”

In fact, Jackson never wanted any part in the documentary in the first place. According to Page Six, Jackson was approached about contributing to The Dressing Down but ultimately declined to participate in any way. The Grammy winner even went as far as to urge Lukas and others close to her to not get involved either. “She asked us not to do it,” said the stylist.

This is beginning to feel like a running trend for the team behind New York Times Presents... Though this February’s Framing Britney Spears documentary was successful in shining a light on the myriad abuses the young singer faced as a child star and drawing attention to the abusive situation she was then stuck in through her conservatorship, Spears herself was not a fan of the film. In an Instagram post, the Crossroads actress memorably wrote, “I didn't watch the documentary but from what I did see of it I was embarrassed by the light they put me in ... I cried for two weeks and well .... I still cry sometimes !!!!”

Hopefully, watching Malfunction didn’t make Janet Jackson cry. But on the bright side, we can at least look forward to the possibility of some new — more authentic — Janet Jackson visual media in the future. While talking to Page Six, Lukas offered up a specific reason for why Jackson requested that none of her people partake in the production of Malfunction. “She wants to tell her own story,” he said. Trust me, Miss Jackson. When you’re ready to tell it, we’ll be eager to listen.