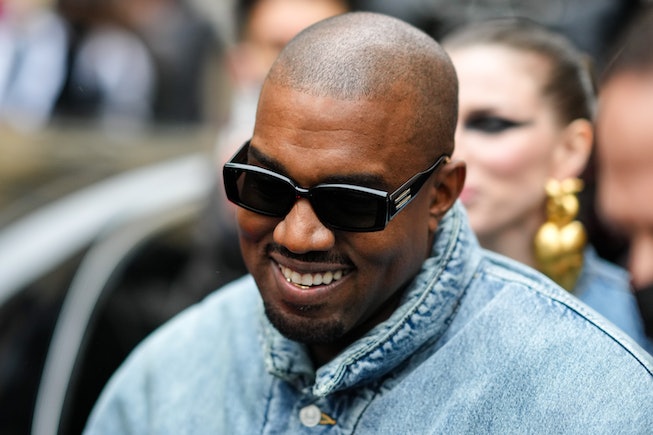 Kanye West has announced the follow up to his most recent album, Donda, to be released on February 22, 2022.

West, who now goes by Ye, announced Donda 2 on social media today. The album will be his 11th studio album, and the first sequel album in his career. In an Instagram post, West announced the album title, writing that Donda 2 will be executive produced by Future. The accompanying artwork features West’s childhood Chicago home raised up on a crane in the sky, and on fire. He rebuilt the home during one of his listening parties for Donda in 2021.

Donda is nominated for several Grammys this year, including Album of the Year and Rap Album of the Year, and Donda tracks “Hurricane” and “Jail” are up for Best Melodic Rap Performance and Best Rap Song, respectively.

West is also the subject of a three-part documentary that premiered at Sundance this month, jeen-yuhs, which follows his rise from his early days in Chicago to his current stature as a multi-billionaire and global music superstar. He also, of course, has been in the headlines for his whirlwind romance with Uncut Gems star Julia Fox.

NEXT UP
Entertainment
FLO Is Headlining Their First US Tour This Spring
Entertainment
Harry Styles Is Performing At The 2023 Grammys
Entertainment
Raye Explicitly Speaks Her Mind On Debut Album, ‘My 21st Century Blues’
Entertainment
Annie DiRusso Makes Indie Rock For Your Growing Pains
Style + Culture, delivered straight to your inbox.