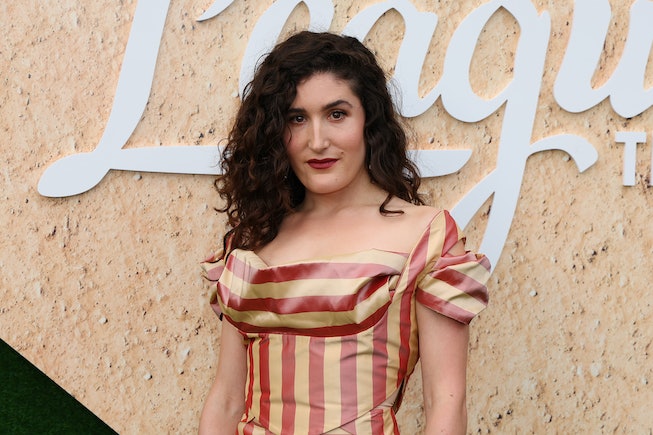 Right now, all the cool people are talking about KATE, the mononymic play by actress and comedian Kate Berlant. Currently playing Off-Broadway at New York’s Connelly Theater, the critically-acclaimed one-woman show is sold out through the remainder of its run — and for those of us who have not, and apparently will not get to see it before it closes on October 8, accepting this truth has been painful. But fear not, Little Berlanters, for the A League of Their Own actress will soon bring her standup sensibilities to a place accessible to all: Hulu (by way of FX)!

Coming to the streaming service way sooner than you think (this Thursday, September 15), Kate Berlant: Cinnamon in the Wind is decidedly not the buzzed-about KATE play. But it does have the honor or being Berlant’s first live solo standup special, which is equally exciting!

Filmed in 2019, the comedy special finds Berlant “performing an absurdist set, in an intimate space, shared not only with the audience but the mirror reflection of herself.” So, in essence, a classically Kate Berlant production. Directed by Eighth Grade’s Bo Burnham (who also helmed KATE), the special “distorts audience’s expectations to her comedy, while also exploring her clairvoyant connection to the crowd and her inability to stop performing,” according to a press release.

The upcoming comedy special is just one of several projects Berlant has in the pipeline for this year, which has already seen the release of Prime Video’s excellent A League of Their Own reboot and of her (and John Early’s) hilarious Would It Kill You to Laugh? sketch comedy special. Up next, she can be seen in this little movie you may or may not have heard of called Don’t Worry Darling. Unlike her costars, she got to avoid the Venice mess — probably too busy with KATE commitments! (In the end, she may be the only star in the cast that emerges unscathed.)

All this say: I really hope someone filmed one of those KATE performances.

Kate Berlant: Cinnamon in the Wind will be available exclusively on Hulu on September 15.