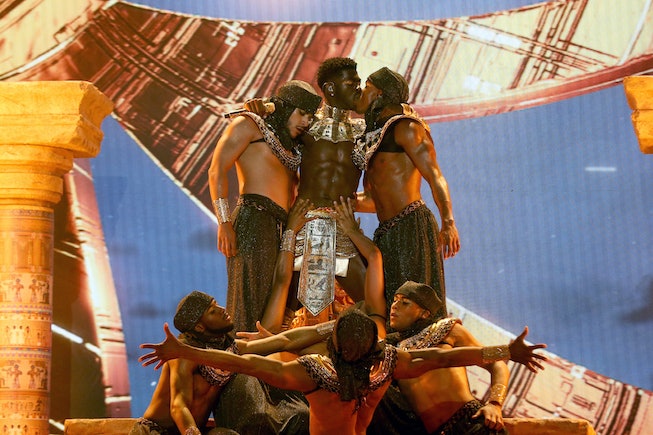 MTV just announced their first round of performers for the VMA’s, and the lineup is stacked! The iconic award show returns this fall on Sunday, September 12th. The show will be held live at the Barclay Center in New York — for the first time since 2013 — but viewers at home can tune in at 8pm ET/PT on MTVs television network.

This year brings a mix of pop, hip hop, and rock performances. Olivia Rodrigo will make her VMA stage debut, with songs from her record-breaking album Sour. She’s currently nominated for five awards including, Artist of the Year, and Song of the Year.

Pop-punk prince Machine Gun Kelly is also making his VMA debut, with a world-premiere performance of his new single “Papercuts,” from the upcoming album Born with Horns. Kelly is nominated again for the Best Alternative musician, which he won last year.

Lil Nas X will heat things up after a year of wonderfully controversial performances. At the 2020 VMA’s the Montero rapper danced to his track, “Panini.” This year’s song choice hasn’t been revealed, but it’s sure to be a hit as well. Lil Nas is also up for the highly-coveted Video of the Year award.

Lorde is also gracing the stage, and returning for the first time since 2017 with music from her new album, Solar Power. And to round things out, Camilla Cabello will also appear with a must-see performance of “Don’t Go Yet.”

Additional performers will be revealed ahead of the show's premiere. In the meantime, you can click here to start voting for your favorite artists.