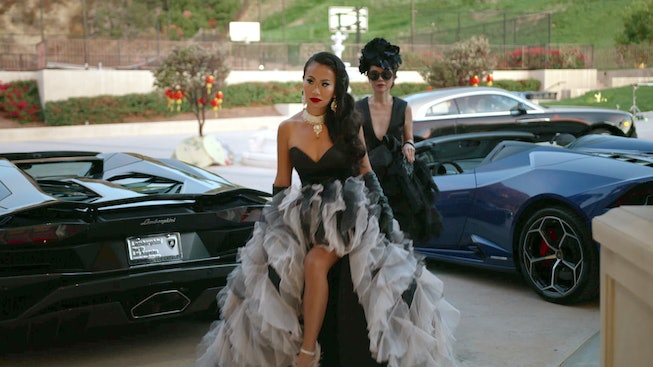 Over the past few years, Netflix has established itself as one of the leading forces in reality entertainment. It has reinvented the dating series (from the thoughtful, like Dating Around, to the completely inane, like Love Is Blind and Too Hot To Handle), gave a bigger budget to the design competition (Next In Fashion), and even capitalized on the previous success of a proven baking hit like Great British Baking Show. Still, few Netflix reality series have managed to capture the cultural zeitgeist quite like Selling Sunset and Bling Empire. So, of course, Netflix has issued renewals for both shows — two new seasons for Selling Sunset and one for Bling Empire.

Netflix announced the renewals with a teaser clip on Twitter that revisited some of the most memorable moments from both shows. Which means, we get to relive Selling Sunset’s Maya Vander saying “the silent of the lamb” in her token accent and Christine Quinn saying, “I never start drama, I just finish it,” while Bling Empire’s Anna Shay calmly says, “I don’t feel this need to compete” and later, “There ain’t no dick that good.” Classic moments, I tell you — classics.

The announcement is certainly exciting for those of us who have been craving some unscripted drama in our lives. Selling Sunset follows the real estate brokers at The Oppenheim Group as they sell expensive homes across the greater Los Angeles region, navigate complicated office politics, and bicker amongst each other. Bling Empire is also set in Los Angeles, but rather than following the people who sell expensive real estate, it follows the people who ostensibly have bought it. Centered on a group of insanely wealthy Asian-Americans, the freshman Netflix series offered plenty of juicy drama as the exclusive crew traveled the world, planned and attended extravagant parties and other charity events, and, of course, tried to one-up one another at every turn.

In a recent statement, Brandon Riegg, a Netflix VP in charge of unscripted content, spoke about the recent renewals. “In my eyes, unscripted TV is one of the most broad and diverse categories of entertainment,” he said. “These shows follow a person or group of people, like family, friends, or coworkers, going about their real, everyday lives. They can offer a fun, light-hearted escape, or inspire a juicy, heated debate. They can provide a glimpse into a world different from our own, or even show a new side of our own circles. And yes, they’re usually filled with more feuds, tears, and tense dinner parties than our regular lives.”

Well, bring on the feuds, tears, and tense dinner parties! I’m bored with my regular life.