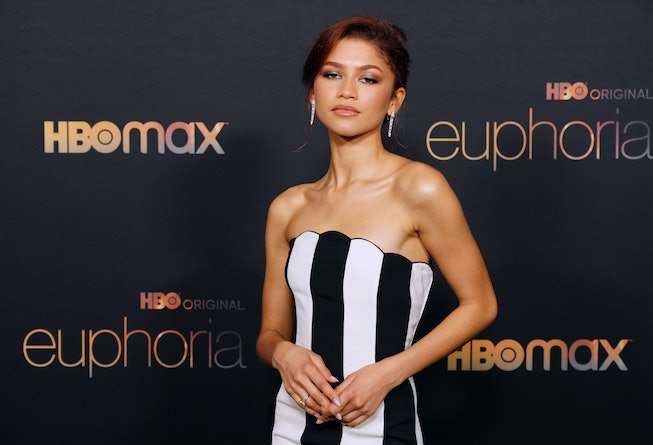 Zendaya may be currently starring in Euphoria with another Emmy-deserving performance as drug-addicted Rue, but the actress has never been one to rest on her laurels. Deadline reports she’s now set to star in Call Me By Your Name director Luca Guadagnino’s next film, Challengers.

Per Deadline, the story “follows Tashi [Zendaya], a tennis player turned coach who has taken her husband, Art, and transformed him from a mediocre player into a world-famous grand slam champion. To jolt him out of his recent losing streak, she makes him play a ‘Challenger’ event — close to the lowest level of tournament on the pro tour — where he finds himself standing across the net from the once-promising, now burnt-out Patrick: his former best friend and Tashi’s former boyfriend.”

Who knew tennis drama could be sound so compelling? The ensemble cast will also feature Josh O’Connor, best known for his Emmy-winning role as the insufferable young Prince Charles on The Crown, and Mike Faist, fresh off his turn as Riff, the leader of the Jets, in Steven Spielberg’s West Side Story.

Guadagnino has also been busy, as he’s currently in post-production on Bones And All, a cannibalism story starring Timothée Chalamet and Taylor Russell. He’s also reportedly working on an Audrey Hepburn biopic starring Rooney Mara.

Production for Challengers begins in March. Stay tuned for details.