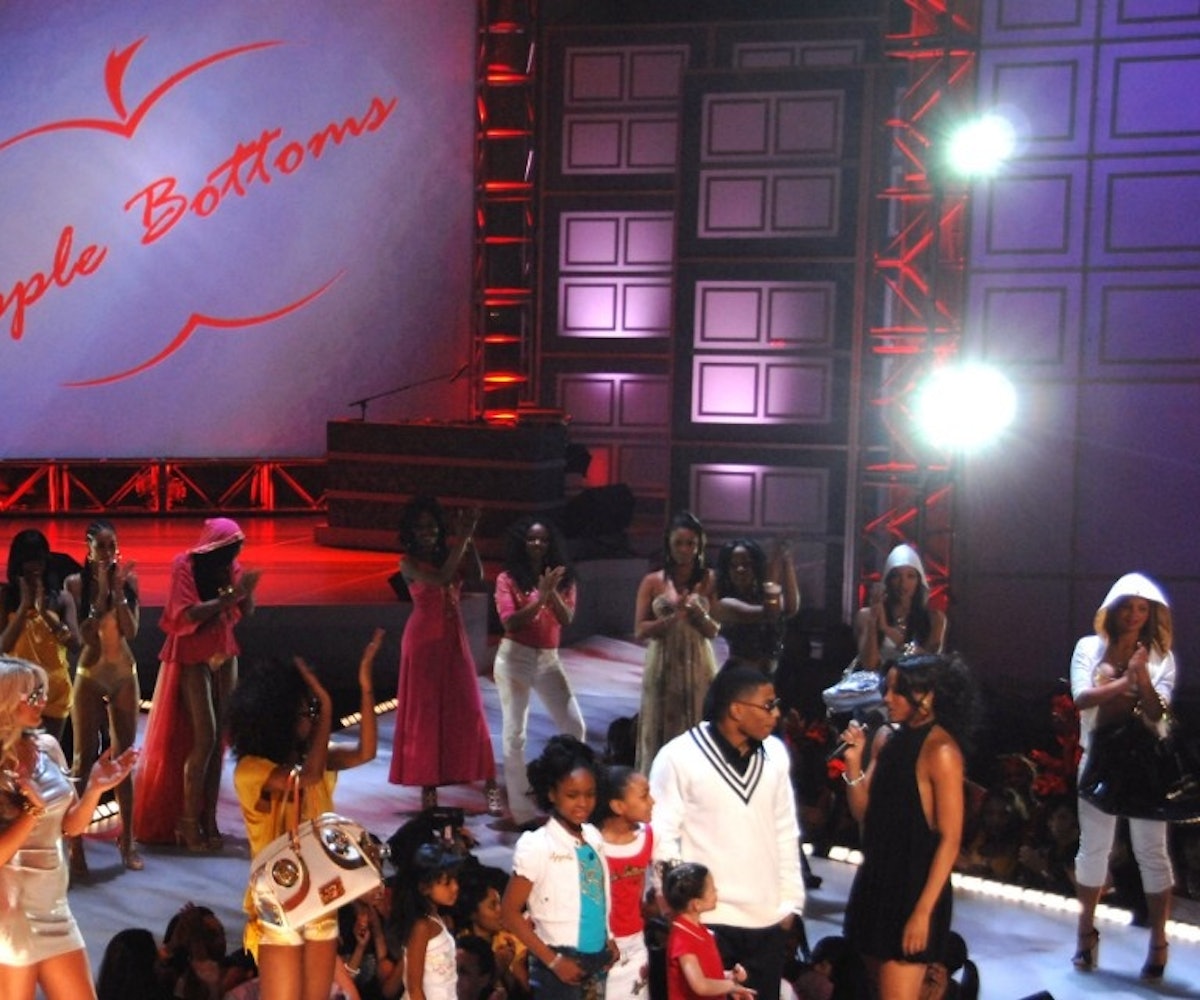 Perhaps there was a time in the mid-aughts when you were the proud owner of some Apple Bottom jeans. Perhaps, for whatever reason, you still own them. Well, your hoarding and/or passion for brand-name jeans has finally paid off, as Apple Bottoms is preparing for a comeback.

Don't call it a comeback in front of Nelly, though. The rapper, who founded the company back in 2003, announced the revival on Instagram with plenty of enthusiasm.

The women's fashion line — famously known for its denim before expanding into ready-to-wear, accessories, and fragrance — became a 2000s pop culture symbol, with Nelly even hosting a model search for the brand on a VH1 reality show in 2008 called "The Apple Bottom Girl." Apple Bottoms were a popular reference for hip-hop songs during the mid-to-late 2000s, too, getting shout-outs in Twista's "Overnight Celebrity," Eminem's "Shake That," and, as most remember, Flo Rida's "Low."

Apple Bottom jeans is just one brand part of the mid-aughts fashion renaissance. In 2019, Kimora Lee Simmons re-launched Baby Phat with the help of her daughters, Ming Lee Simmons and Aoki Lee Simmons, releasing nostalgic tracksuits in addition to jewelry and a beauty line. Juicy Couture has also staged a comeback, partnering with brands like Kappa, Parade, and Apparis on a slew of collabs.

Apple Bottom Jean’s last ad campaign launched in 2010 and featured Nelly himself, but its website still remained active well after the jeans popularity did. Like Nelly's Instagram, the website is also teasing a return, which currently reads "Back at it again…"

This article was originally published on March 9, 2020