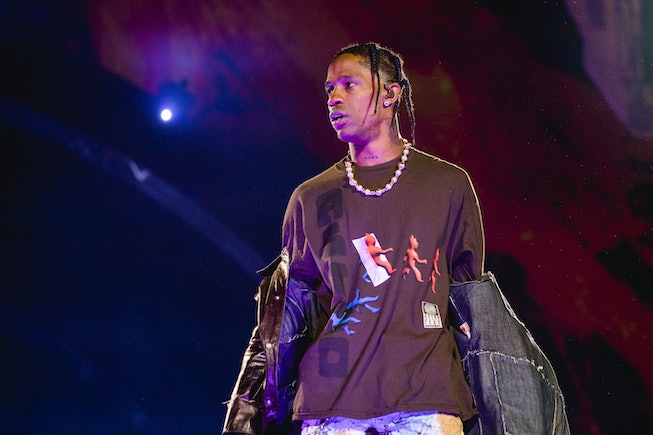 Following the aftermath of the Astroworld tragedy, in which a total of 10 concertgoers passed away, Dior has officially canceled the release of its Cactus Jack collection indefinitely.

In an exclusive report by WWD, the French fashion house stated on Tuesday, Dec. 28 that the upcoming collaboration between men’s Creative Director Kim Jones and rapper Travis Scott’s Cactus Jack capsule line, which was slated for release in Summer 2022, “will not be released in the near future, if at all.” Dior’s indefinite postponement follows a number of other cancellations from brands and sponsors of the Houston rapper, including Coachella, Nike, Cacti spiked seltzer, and more.

The company announced the official collaboration with Travis Scott in an Instagram post back in June. The Cactus Jack x Dior collection was set to blend inspiration from Scott’s home state of Texas and the fashion house’s Parisian roots, unveiling an array of ready-to-wear pieces including oversized silhouettes, paisley-printed tops, sneakers, and more. It also marked the first time Dior ever partnered with a music artist on a collection, and to ever allow its logo to be altered.

“Out of respect for everyone affected by the tragic events at Astroworld, Dior has decided to postpone indefinitely the launch of products from the Cactus Jack collaboration originally intended to be included in its Summer 2022 collection,” the luxury brand said in an official statement to WWD.

In November, the rapper held the first night of his annual Astroworld Festival in Houston. During his set with Drake, as many as 10 people died and 300 were injured. Graphic videos from Astroworld showed a number of people passing out and being trampled under the surging crowd, and many concertgoers begged concert staff to stop the show. Since the deaths, sustained injuries, and more of those impacted, lawsuits totaling $10 billion have since been filed against Scott and Live Nation from over 1,500 attendees.

Scott took to social media to express his remorse for the tragedy, writing on Twitter, “I am absolutely devastated by what took place last night. My prayers go out to the families and all those impacted by what happened at Astroworld Festival. Houston PD has my total support as they continue to look into the tragic loss of life. I am committed to working together with the Houston community to heal and support the families in need.” In an interview with Charlamagne Tha God in December, he also added, “I have a responsibility to figure out what happened here. I have a responsibility to figure out a solution. Hopefully, this takes the first step for us as artists to have more insight into what's going on. [...] Moving forward to concert safety, making sure this never happens again.”

We can likely expect more brands and companies to distance themselves from Scott in the upcoming months, as he’s one of the most prolific collaborators over the past couple of years. In just a short time span, the rapper released coveted collaborations ranging from Nike and Jordan, Byredo, McDonald’s, Fortnite, and even Parsons School of Design on educational opportunities (Parsons has since ended its partnership with Scott).