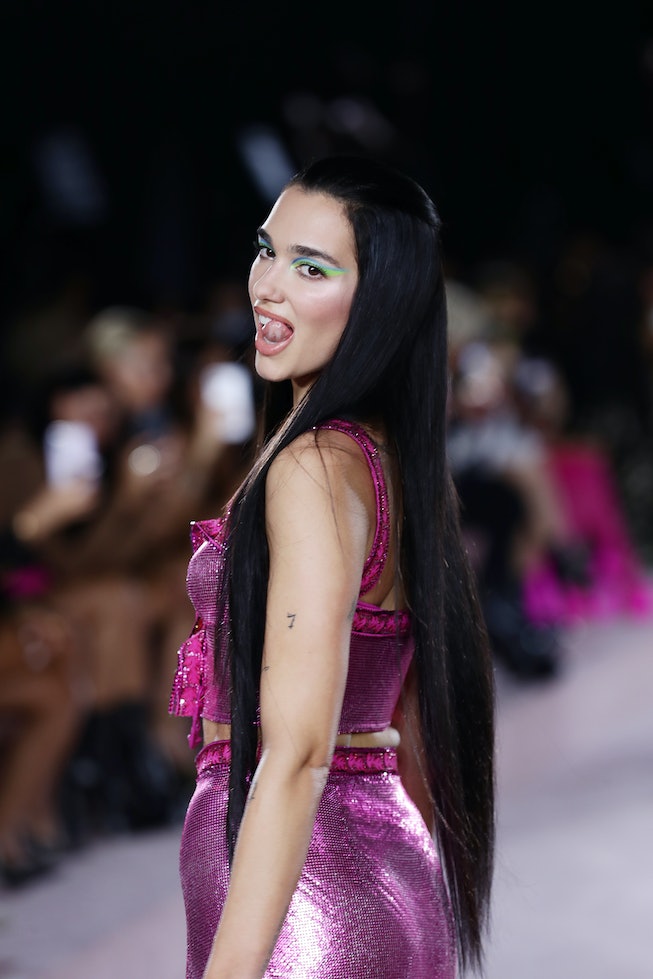 Dua Lipa and Versace just took their fashion relationship to the next level. On Friday, Sept. 24, the 26-year-old global pop sensation hit the catwalk at Milan Fashion Week, making her runway debut at Versace’s Spring 2022 show.

Lipa surprised showgoers as she opened the show wearing a black suited ensemble adorned with neon-colored pins, paired with platform heels. She was later seen on the runway modeling the collection’s final look, a sparkly hot pink matching set with pink studded sandals. She also joined Donatella Versace at the very end of the show, as they both took the final bow.

Rumors of Lipa’s runway appearance came the day before the Versace show. “Dua will be walking her very first catwalk,” according to Just Jared. “She’ll be opening the show in a very Donatella look.”

There’s honestly no better way for Lipa to make a major fashion week debut than with her favorite brand. The Future Nostalgia singer is currently the face of Versace’s Fall 2021 campaign, where she transformed into a fiery redhead. She has also previously worn designs from the Italian fashion house for some of her biggest red carpet moments, including the 2019 Met Gala, 2019 Mnet Asian Music Awards, and the 2021 Grammys in a shimmery butterfly dress that actually paid homage to Christina Aguilera’s own 2000 Grammys look.

See more of Dua Lipa’s runway debut at the Versace Spring 2022 show, below.